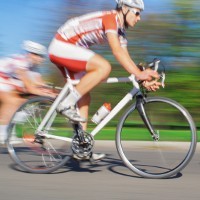 Two wholesalers of cycling accessories have entered into separate court enforceable undertakings with the Australian Competition and Consumer Commission, after admitting they engaged in conduct that amounted to, or was likely to amount to, resale price maintenance.

Resale price maintenance occurs when a supplier specifies the minimum resale price of its products to other members of the supply chain, including retailers. It is a key priority of the ACCC, which cracked down on KitchenAid distributor Peter McInnes for the same conduct earlier this year.

An investigation by the ACCC found Italiatech Australia engaged in resale price maintenance by inducing or attempting to induce three Australian retailers who sold its bicycle helmets and saddles not to sell the products below recommended retail price (RRP).

In court enforceable undertakings, both Italiatech Australia and TMO Sports have agreed not to engage in resale price maintenance for five years and to implement and maintain training programs for current and future staff. The companies have also agreed to write to their retail customers explaining the undertaking and informing them any reference to resale prices are only recommendations.

ACCC chairman Rod Sims said in a statement retailers must have the “freedom to set their own prices, including offering discounts, when they are faced with strong competitive pressures”.

“They can also inhibit bricks-and-mortar retailers from competing with a combination of personal service and lower prices.”

SmartCompany contacted Italiatech but did not receive a response prior to publication. TMO Sports declined to comment when contacted by SmartCompany.

Melissa Monks, special counsel at King & Wood Mallesons, told SmartCompany enforcement actions against resale price maintenance occur “very regularly” and many businesses, particularly SMEs, “don’t seem to be aware that requiring a customer either contractually, through casual sales conversations or otherwise, not to resupply below a minimum price is a breach of Australian competition law”.

“Setting a floor price is not permissible,” Monks says. “However, setting a maximum resale price is permissible, as long as it is a genuine maximum and not impractically low where no margin could ever be made so that it is in effect a minimum.”

Monks says resale price maintenance is “relatively easy conduct to detect and enforce” because it is often clearly captured in contracts or written materials. Unhappy customers who are price constrained can also be willing complainants and witnesses, she says.

Monks says being able to resolve the matter through an enforceable undertaking is “an early Christmas present” for Italiatech and TMO Sports.

“The ACCC has taken a number of companies to court for resale price maintenance and secured reasonably high penalties,” she says.

“With a maximum penalty of the greater of up to $10 million per breach or three times the gain or 10% of the turnover of the corporate group, it is so worthwhile for businesses to have in place training and procedures to make clear to their staff that they cannot control the price at which their customers on sell goods.”

Rohan Harris, principal at Russell Kennedy Lawyers, told SmartCompany individuals found to be involved in resale price maintenance can also face fines of up to $500,000.

“Companies need to manage this kind of situation very proactively,” says Harris, who says entering into a court enforceable undertaking can often be preferable to fronting up to fight the ACCC in court.

In this case, Harris says it is notable that both companies have agreed to implement and maintain quite detailed training programs for their executive and sales staff.

“A training program is essential for business in the retail space,” he says.