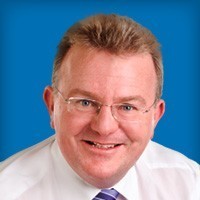 The draft unfair contracts legislation has come under scrutiny after business commenter Robert Gottliebsen claimed it shows Small Business Minister Bruce Billson has been “taken to the policy cleaners” and “will look very silly” amongst the SME community.

The unfair contracts legislation was first announced in the 2014 budget. Earlier this year, Billson revealed the protections will be available to enterprises with fewer than 20 employees and for transactions under $100,000 or multi-year contracts totalling less than $250,000.

But in Business Spectator yesterday, Gottliebsen said if the legislation is passed in its current form Billson should issue a public apology to every small business in Australia as he has “misled” them.

Gottliebsen says the $100,000 limit “is a ridiculously low level” which “utterly neuters” the legislation leaving it “completely useless”.

He says very few existing contracts will be covered, and every large business will write all its future contacts so they are not covered by the legislation.

Gottliebsen says there should be no limit on the legislation and if a limit is required then $2 million would be a “more reasonable” figure.

“If the draft becomes government-supported legislation, Billson certainly should issue a public apology to every small business in Australia because he has misled them,” he says.

Billson hit back when he spoke to SmartCompany this morning and says the government is doing exactly what it said it would in its election commitments and “hasn’t strayed from it one iota”.

“We are not setting out to make the Commonwealth government contract nannies, it is not our goal to inject federal bureaucrats into contract negotiations into business,” he says.

“What we are saying is take-it-or-leave-it standard form contracts that are routinely forced upon small business can contain contract terms that can be cut out as it would be if the small business was a consumer.”

Billson says a $100,000 limit is appropriate as SMEs will seek advice on larger contracts.

“Responsible and savvy small businesses understand if they were going to commit to a significant contract they need to take advice,” he says.

“That’s different to the day-to-day contracts thrust before small business.”

Billson says the unfair contracts legislation is best suited to applying to contracts with telecommunications companies rather than lease agreements.

He says he welcomes debate.

“We’ve had lots of people constructively engaging arguing for a higher and lower threshold and some big businesses saying we shouldn’t go there at all,” he says.

“This is an election commitment and one I feel strongly about.”

The consultation process for the draft legislation is ongoing.