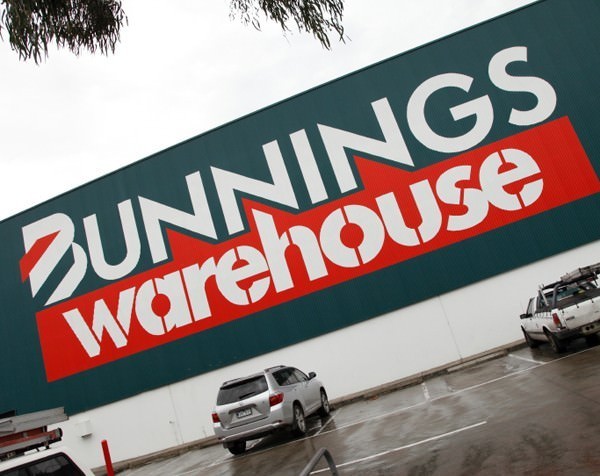 Hardware chain Bunnings has taken action against sexist behaviour towards its employees in at least one Melbourne store.

A female Bunnings employee has told 774 ABC Melbourne she complained to management at the store about sexual harassment she said she was subject to from tradesmen shopping at the store.

According to ABC, the employee was fearful she her employment would be terminated because she complained, but was “delighted” when management chose to stand by its employees.

The offending customers have reportedly been told to stop the behaviour and in some cases have been banned from visiting the store.

It is unclear whether this is a policy that applies nationally or is only enforced in some Bunnings stores.

Elizabeth Aitken, employment, industrial relations and workplace safety associate at TressCox Lawyers, told SmartCompany this morning that employees have strong protections against sexual harassment under both state and federal laws.

“Employers across Australia hold obligations to protect their employees  – and contractors – from sexual harassment by other staff members as well from customers, clients and other people they may come into contact with in the course of providing services,” she says.

Aitken says failing to protect against the risk of harassment occurring might expose employers to a legal claim.

“Recent case law shows that courts are willing to make increasingly large awards of compensation against employers for failure to appropriately protect workers from sexual harassment,” she says.

The best advice for SMEs, says Aitken, is to minimise risk of claims by giving all allegations serious consideration and taking care to ensure workers are not affected by making the complaint.

Having a policy prohibiting sexual harassment is also valuable for SMEs, Aitken says.

“Bunnings’ swift response to the allegations of sexual harassment would provide an important defence in any claim of vicarious liability for the actions of its customers,” Aitken says.

Victorian Equal Opportunity and Human Rights Commissioner Kate Jenkins told the ABC the move is not that surprising and employers have a legal obligation to protect their employees.

“I still think this issue of everyday sexism, and whether you stand up to it, is really polarising,” she said.

“The little stuff does add up to big stuff,” she said.

SmartCompany contacted Bunnings, however, the company was unable to provide further information and declined to comment.

Ronelle, you might be interested as a journalist to know that Bunnings do not enforce this nationally. My daughter worked at a Brisbane Bunnings and just last year faced exactly the same issues that this woman faced. She was working in the timber yard and had to check the cars and utes that went out to make sure they hadn’t stolen anything on the way out. She was very good at her job and often found stuff which hadn’t been paid for. However, she was a 19 year old girl doing a job a man should have been doing. She encountered sexual harassment daily on her job and talked to various staff and management about it. There was little support for her. In fact, on one occasion one male tradie made such a vile comment to her it left her in tears and she wouldn’t even tell me what it was and I was her mother. She decided at that point that she was simply not going to go back to that position and asked to be moved back into the store.

Management made her life very difficult. They told her in particular that she should NOT call the harassment ‘sexual harassment’ because it wasn’t according to the Bunnings management, and a couple of these were women. We were appalled. Not only this, but she had been previously offered a part time contract as she was only working casually at this stage. She was told that if she didn’t go back to working at the timber yard that they would not put her on contract.

She was basically being bullied and abused by Bunnings staff because she refused to go back and deal with the sexual harassment from customers.

This was only last year so, a big fat resounding NO that this is even a national policy. It should be, because our daughter was not the only woman being sexually harassed in that job. In fact, none of the other female staff members wanted the job. Our daughter only did the job because she was unaware of what was involved. Once she realised what was happening, plenty of other women in the store backed up her experience. This was a common problem.

She has not left the store because of the management. In fact, over a dozen staff have left this particular store in the last month or so because of abuse and bullying from management.

Each store is different but if you google it and read the forums talking about what its like to work at Bunnings you will find that it is a common issue all round.

Hi Ronelle, sadly this is not a national Bunnings policy. In one of the stores on the Mornington Peninsula in Victoria a young (19-ish) “slim and attractive” staff member was moved from her usual department (where she was quite happy and working well) to the trade area to be – and I quote: ‘eye candy for the tradies’, The truly awful thing about this was that the middle manager who did and said this was a woman; and she was back up by the male management. The staff member did not want to move – nor be labelled as eye candy.