Businessman faces court after being accused of underpaying hairdressers nearly $40,000 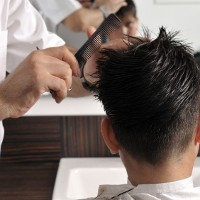 A Perth-based businessman will front the Federal Circuit Court in Adelaide on June 3 after being accused by the Fair Work Ombudsman of underpaying two Taiwanese backpackers working as hairdressers nearly $40,000.

The case comes after two hairdressing businesses in New South Wales were hit with a total of $39,480 in penalties by Federal Circuit Court in Sydney during March, after failing to cooperate with the ombudsman.

In the most recent case, the FWO claims two Taiwanese backpackers, who were in Australia on 417 working holiday visas, were underpaid $19,767 and $19,377 respectively between September 2013 and May of last year.

The FWO claims the pair were employed by Perth businessman Wei Wang, who part-owns and runs the F10 Quick Cut outlets at the Arndale Shopping Centre in northwest Adelaide, and the Elizabeth Shopping Centre in the city’s outer-north.

Another company Wang is the sole director of, called Sonisolar Pty Ltd, has also been named in the legal action.

The hairdressers allegedly worked for six days a week at a rate of $10.50 an hour. However, under the Hair and Beauty Industry Award, the employees were entitled to $17 an hour for normal hours and penalty rates of up to $38 an hour.

Wang and Sonisolar are also accused of failing to comply with two notices to produce employment records from FWO inspectors, as well as record-keeping and pay-slip violations.

In a statement, Fair Work Ombudsman Natalie James said the case was launched after Wang declined to co-operate with investigators.

“Our inspectors made repeated efforts to engage with this business operator to try to resolve the underpayment matter outside the court, but were not able to secure sufficient co-operation,” James said.

Wang was contacted by SmartCompany this morning but declined to make any comments about the matter before it goes to trial.

Employment lawyer Peter Vitale told SmartCompany 417 visas have been an ongoing issue of concern for the FWO.

“I don’t think the FWO has changed its focus on the exploitation in Australia of employees on visas,” Vitale says.

“To be fair, they’ve been very consistent in their focus on that. And, especially for people whose command of English isn’t good, or who are young, that their employers aren’t taking advantage of them.”

Vitale also says if the FWO begins investigating your business, the best course of action is to comply with the investigations.

“I think if you’re at the point where the FWO is investigating an employer, it’s the best course of action for two reasons. The first is, if you’re doing the right thing, you should be able to avoid any legal action,” he says.

“And the second thing is that if you’re not complying with your obligations, a little cooperation can go a long way to reducing your penalties.”

“And as we’ve seen in this case, showing a willingness to make up for past underpayments might also be a way of avoiding legal action.”