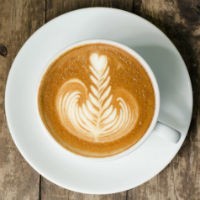 The owner of two cafes in Sydney has paid back former workers more than $40,000 after an investigation by the Fair Work Ombudsman found the business had been paying them as little as $5 an hour.

Kyung Jun Kim and his company Marsil Pty Ltd were found to have significantly underpaid three workers who had been employed at his two Incanto Coffee outlets on Kent and George Streets in Sydney’s CBD.

The underpayments took place over a period of nine months, the Ombudsman found.

As well as being paid below the minimum wage, the former employees had also not been paid correct leave or entitlements.

The owner/operator has agreed to sign an enforceable undertaking as a result of the investigation and to engage an independent expert to audit the company’s compliance.

Fair Work Ombudsman Natalie James said the trio raised their concerns with the Ombudsman after returning to South Korea, while the owner was a Korean national himself.

“Anyone owning or operating a business, including migrants, needs to ensure they take the time to understand the workplace laws applicable to their business,” she said.

Will Snow, senior associate at Finlaysons, told SmartCompany this morning the case highlights that the Ombudsman is a powerful tool at the disposal of employees who believe they are being underpaid.

“If you are in a situation where you believe you’re underpaying people, it’s always open to that employee to seek to be paid back through the FWO,” he says.

Snow says in this case the workers raised concerns after returning to their home country but the door is still open to them to seek redress.

“There are lengthy time periods in which employees can make claims they’re being underpaid,” he says.

“Equally, with the assistance of the Ombudsman, those claims can be made after someone may have returned to their country of origin.

“(In this case) they have gone on with their lives back in Korea; in the meanwhile the FWO does this on their behalf.”

Snow says many employees and employers might not realise underpayment cases can be fought even if the former worker is abroad.

“I think there’s an assumption someone needs to remain in country to fight these matters, this part case demonstrates clearly that assumption is wrong,” he says.

Snow says in this case, the Ombudsman has chosen not to prosecute as the employer “did the right thing and fully back paid the workers”.

“It has signed an enforceable undertaking, the effect of which is if it commits any future breach of workplace laws, it’s going to be of even more significant consequence for them,” he says.

Snow says the cafe owner will need to be vigilant in ensuring it is doing the right thing in the future.

“If they did the wrong thing again, it’s much easier for FWO to prosecute them,” he says.

Snow says the lessons for other small business owners are clear.

“It’s very risky to try and make margins by underpaying staff,” he says.

“There have now been a number of these decisions, many of which involve workers which may be vulnerable because of language abilities or their need to work.”

SmartCompany contacted Marsil Pty Ltd and Incanto Coffee but did not get a response prior to publication.