Cairns tour operator slapped with $100,000 fine and back pay order after telling Fair Work “you will not get a cent” 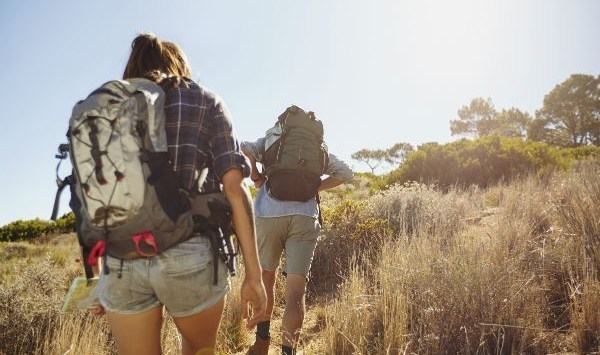 A Cairns tour company and its owner have been fined close to $100,000 for underpaying five backpackers, despite the businessman threatening Fair Work inspectors by telling them they would “not get a cent” from his business.

Leigh Alan Jorgensen was fined $12,000 and his tour company Trek North Tours was slapped with a further $55,000 penalty in the Federal Circuit Court in Brisbane. Trek North Tours was also ordered to back-pay the five employees $29,956 in underpaid wages and entitlements.

It is the latest penalty resulting from action taken by the employment watchdog after a petrol station operator was fined $120,000 at the start of the month.

The Fair Work Ombudsman found five backpackers in Australia on 417 working holiday visas from Hong Kong, the Netherlands, Italy and Taiwan, were underpaid between August, 2013 and April last year.

The workers were employed as tour desk agents at flat rates of between $10 and $16.37 an hour, when they were entitled to at least $17.98 for normal hours and up to $39.56 an hour for shifts attracting penalty rates.

The ombudsman also found Jorgensen had refused to return a $500 bond to one worker after she resigned.

Following the Fair Work investigation, Trek North Tours was issued with three compliance notices requiring it to back-pay the workers and a notice to produce documents.

But Fair Work Ombudsman Natalie James said in a statement the watchdog “was left with no option but to commence legal action after Jorgensen refused to cooperate”.

According to James, Jorgensen then told Fair Work inspectors “you will not get a cent” and went on to claim Trek North Tours had never even employed three of the five backpackers.

“We made extensive efforts to resolve the matter without going to court, but we were ultimately left with no option but to commence litigation to recover the money owing to these workers,” James said.

“The Court’s decision in this matter shows that employers who refuse to promptly rectify underpayments of workers can face significant fines in addition to back-payment orders.”

But Jorgensen this morning told SmartCompany he believed the matter had
“not been heard and a default judgment was ordered due to a technicality”.

“This matter will be annulled as there has been no trial,” said Jorgensen.

However, a Fair Work Ombudsman spokesperson confirmed to SmartCompany a court has ruled on the matter and the regulator has detailed the outcome in its press release.

Employment lawyer and M+K Lawyers partner Andrew Douglas told SmartCompany antagonising the Fair Work Ombudsman by refusing to cooperate is never a god idea, given the regulator is unlikely to prosecute if a company agrees to oblige and rectify the situation.

“It’s like poking a police officer in in the eye when they pull you over for speeding, you couldn’t do anything more stupid,” Douglas says.

“Why would you do something that is actually inviting prosecution?”

Douglas says the case also highlights the “utterly unacceptable” practice by some Australian employers to exploit workers on holiday visas.

“There has been a growing habit from employers to use people on holiday visas to work and pay them exploitative wages,” he says.

“The Fair Work Ombudsman has been very serious about pursuing those employers, and so they should be … Not only are they depriving local workers of jobs because they think they can pay them less, the morality of that behaviour is so poor and really disgusting.”