Can 7-Eleven be trusted to clean up its own mess? 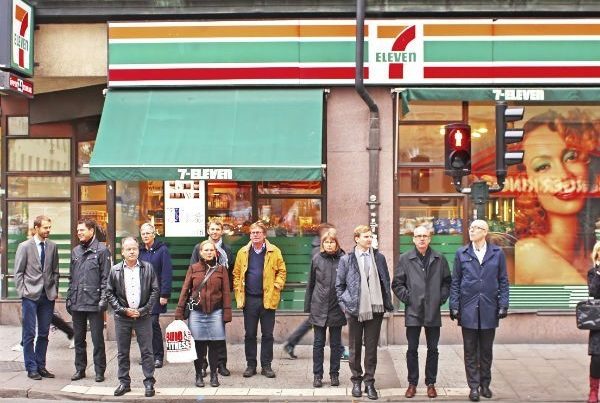 By Tess Hardy, University of Melbourne

The head office of the 7-Eleven franchise is dismantling an independent claims panel headed by Professor Allan Fels, established in the immediate wake of the underpayments scandal. In its place, 7-Eleven Stores Pty Ltd (7-Eleven) intends to process any outstanding wage claims in-house.

In response, Professor Fels is calling for the Senate to reopen the original inquiry into the scandal now that the compensation process has been railroaded by head office:

“They wanted to curb our independence as much as possible without losing our names …and now they’ve decided to be judge and jury.”

This latest development is troubling in a number of respects. While 7-Eleven has stated that the internal unit will apply ‘enhanced investigative protocols and evidentiary standards’, it seems that a stricter standard may be applied to determine whether a wage claim is ‘legitimate’ and should be paid out. A higher standard of proof is likely to make it more difficult (if not impossible) for underpaid workers to claim their full entitlements because employment records are often absent or inaccurate.

The integrity and independence of this process may also be compromised. Many of the affected workers, particularly those who continue to work under the 7-Eleven banner, may be more reluctant to proceed with their claims now there is an increased risk of being personally identified. This magnifies their precarious employment and immigration status and exposes them to further intimidation on the part of franchisees.

Whether or not this shift in approach is deliberately designed to minimise the mounting costs associated with paying out these claims, it seems that this will be the likely result. Professor Fels observes that 7-Eleven’s decision represents a ‘massive triumph’ for franchisees – who may not only reduce costs associated with past contraventions, but may continue to employ workers in flagrant breach of the law.

However, this latest change in position raises a more fundamental question about the role and responsibilities of head office and the effectiveness (or otherwise) of self-regulatory measures in tackling systemic non-compliance with employment laws. In an increasingly consumer-savvy age, it is not uncommon for leading companies to promote their commitment to best practice or to publicly acknowledge their ethical and moral responsibility to end worker exploitation throughout their franchise network, supply chain or business undertaking.

While voluntary mechanisms, such as ethical sourcing policies, codes of conduct and independent panels, are commendable, it is questionable as to whether these initiatives are sufficiently rigorous to achieve substantive and sustainable changes in compliance culture. Research undertaken in the United States suggests that when a firm experiences a regulatory crisis, where they are faced with severe reputational damage or the threat of legal sanction, they may initially agree to far-reaching compliance measures.

Since at least 2010, the Fair Work Ombudsman has had growing concerns about franchisee behaviour within 7-Eleven (including the falsification of employment and payroll records). While the regulator conveyed these concerns to head office, 7-Eleven only took proactive steps to prevent further non-compliance once the media story broke and the brand faced a significant public bruising.

Research from the US also shows that the strength of self-regulatory mechanisms tends to fade as reputational concerns ease or enforcement pressure weakens. It’s unlikely to be a mere coincidence that when the Fair Work Ombudsman confirmed that they would not be bringing enforcement litigation against the 7-Eleven head office last month, the firm has subsequently decided to step away from some of its earlier and more promising commitments.

In response to questions about 7-Eleven, Prime Minister Turnbull replied that the government would ‘make sure the law is enforced’. But if there is anything to learn from the 7-Eleven case, it’s that the law – at least in its existing form – may not be enough to ensure that employers duly comply with the minimum wage, employees are properly paid and lead firms adopt the necessary measures to make certain this occurs.

Indeed, while the Fair Work Ombudsman recently found that 7-Eleven Stores “could have acted earlier and done more” in terms of curbing non-compliance within its franchise business, the regulator ultimately concluded that it did not have sufficient evidence to pursue 7-Eleven under the Fair Work Act 2009.

One major difficulty was that a number of key individuals employed or engaged by 7-Eleven were unwilling to go on the record about what they (or others) knew about franchisee non-compliance. This meant that the Fair Work Ombudsman was not in a position to meet the relevant statutory test and prove that 7-Eleven had been ‘knowingly concerned’ in the contraventions of its franchisees and should be held liable as a consequence.

In order to better address these evidentiary obstacles, the Ombudsman has called for enhanced investigative powers. While this may resolve part of the problem, it does not necessarily address a more profound issue presented by the 7-Eleven case. That is, whether the existing enforcement regime of the Fair Work Act 2009 is able to effectively prevent firms, such as 7-Eleven, from having it both ways – where they are able to exercise high levels of control over the performance of work, but remain legally insulated from the problems this creates.

The 7-Eleven case suggests that we cannot trust companies with clear economic interests to act on ethics alone. If we believe that lead firms should do more, not less, to combat employment non-compliance within their franchise, supply chain or business, we must ensure that such firms are held legally accountable. To achieve this, the law must change.

Tess Hardy is a lecturer in law at the University of Melbourne.

Of course they can be trusted, they said so. Anyway Im just going to put my cat in the aviary for the night because I told him to leave the birds alone and I think he can be trusted.Night all.