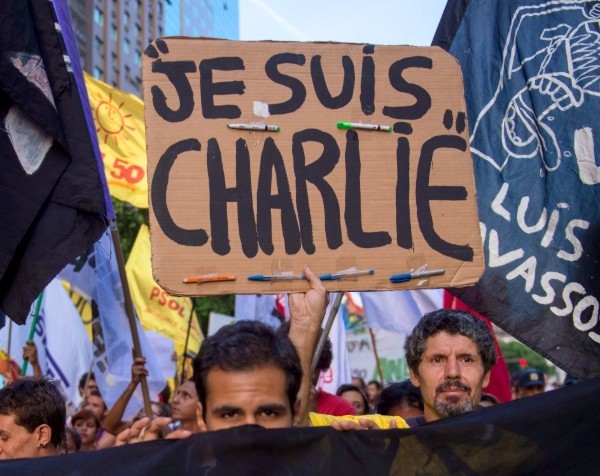 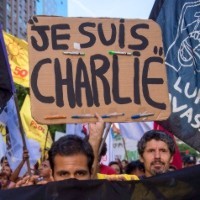 A Melbourne family trust has applied to trademark the terms ‘Charlie Hebdo’ and ‘Je suis Charlie’ within Australia, just a week after the terms gained notoriety in the wake of terrorist attacks in Paris, Mumbrella reports.

The move follows an application made in July last year by Kuala Lumpur-based company to trademark the terms ‘MH17’, less than one day after Malaysia Airlines flight MH17 was shot down over eastern Ukraine, killing 298 passengers and crew.

‘Je suis Charlie’, translating to ‘I am Charlie’, went viral on social media after the attacks in Paris on January 7, which saw 12 people murdered at the offices of satirical magazine Charlie Hebdo. The phrase was intended as a show of support for the victims of the tragedy and for free speech.

IP Australia’s records show the application for the trademarks of both terms was made on January 12 by the Trustee of M & G Besser family trust, located in Toorak, Victoria.

The application for ‘Je suis Charlie’ is for class 41, the publishing category. The ‘Charlie Hebdo’ trademark is for class 24 and 25, covering apparel including clothing, footwear and headgear.

Jamie White, solicitor director and owner of Pod Legal, told SmartCompany if successful, the owner of the ‘Charlie Hebdo’ trademark will have the exclusive right to use the trademark, including on items such as t-shirts and hats.

“This means that if their trademark becomes registered and another person used the ‘Charlie Hebdo’ trademark in connection with these items, the trademark owner would be entitled to enforce its rights against the infringing party,” says White.

White says in the event that the ‘Je suis Charlie’ trademark proceeds to registration, the owner of that trademark will have the exclusive right to use the trade mark for publishing services.  They would also be entitled to enforce their rights for unauthorised use of the trademark under the Trade Marks Act.

“In my view, we are seeing more and more of this type of conduct, which is commonly referred to as ‘trademark trolling’,” says White.

“Perhaps this trend is an extension of domain name cyber-squatting.”

“These types of trademark applications are commonly filed by opportunists, who seek to cash in by selling the rights, via trademark assignment, to another party, usually the rightful owner.”

But White says many of these opportunists are unaware that if the Australian Trade Marks Office accepts their trademark for registration, they are required to use it.

“There are strict provisions in the Australian Trade Marks Act that provide for the removal of a registered trademark from the Trade Marks Register, upon application, if the owner does not use the trademark in connection with the goods and or services that it is registered for,” he says.

NDA Law director and partner John MacPhail told SmartCompany he agrees  applications for trademarks in the wake of tragedies are on the increase.

“It seems to be more and more common, people thinking they can make a quick buck,” says MacPhail.

“It’s a little bit sad someone tried to capitalise on this.”

While MacPhail says there is no reason the trust won’t gain the trademark rights in this case, he says the Charlie Hebdo magazine itself may make an opposition, if it wants to own the rights of the name within Australia.

But MacPhail says if the trust is trying to stop others from using these phrases, it will be difficult to prove whether the use of the phrases on a shirt or cap is a trademark issue and not a political statement.

“It will be dubious as to whether other people are using as it’s as a trademark, or as a brand, rather than a statement of support,” he says.

There has been an application of withdrawal made on each application on January 17, but it is unclear whether the trust will go ahead with its application.