Co-founder of million-dollar Australian startup deported for not picking fruit: “The government has failed our startup”

A muru-D graduate startup turning over more than $1 million a year has been forced to cancel an international expansion and begin plans to move away from Australia after its co-founder was deported by the Border Force.

UK-born citizen and Disrupt chief operating officer Chris Bailey was detained at Sydney airport earlier this week and held at Villawood Immigration Detention Centre for two days before being deported back to his home country.

Disrupt co-founder Gary Elphick says Bailey was deported after lying about having completed work picking fruit in a regional city in order to extend his working holiday visa. 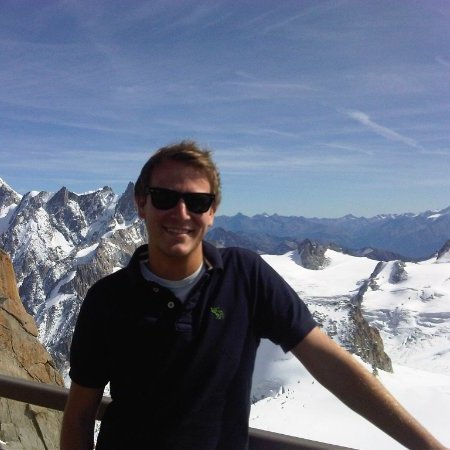 “The government refuses to recognise us as a business”

But Elphick says while he admits Bailey did the wrong thing, he had little choice due to the government not recognising high-growth startups like his own as businesses able to sponsor overseas talent for temporary work visas under the Migration Act.

“As a startup the government refuses to recognise us as a business,” Elphick tells StartupSmart.

“He takes all responsibility – it was completely his decision to do it. Chris was in the wrong for doing what he did but he had no option.

“That’s how our backward immigration policy works: they see picking fruit as adding more to the country’s economy than working for a high-growth startup.”

Disrupt is a startup offering an online platform allowing users to customise sporting equipment and is a graduate of Telstra’s muru-D accelerator. It now employs nine people in its Sydney office and is turning over more than $1 million annually.

While the government has been talking a lot recently about the ‘ideas boom’ and fostering innovation, Elphick says it doesn’t stack up in reality.

“Our government failed our startup,” he says.

“With the whole innovation statement the government is saying ‘this is how much we’re doing for startups’, but then they’re strangling it with things like this.”

Elphick and Bailey had both been in the US after winning a trip to the SXSW conference at the Australian Web Summit. The co-founders had been in the process of establishing on office in Los Angeles and signing manufacturing contracts.

They had planned for Elphick to stay in the US and run operations there with Bailey returning to run the Sydney office.

But the plan came crashing down when Bailey was arrested on his return to Sydney.

“He was stopped at the border, interviewed for a few hours and sent to what is basically a prison,” Elphick says.

Back in the startup game

Bailey was previously the founding operations head for Student City Travel, which was Europe’s largest platform for youth sports travel before it was acquired.

After leaving the company, Bailey wanted to “get back in the game” and join another startup, and quickly found Disrupt.

But the early-growth company doesn’t count as an established business under the Migration Act and is unable to act as a “sponsor” for Bailey’s temporary working visa.

Instead, Bailey was on a six-month working holiday visa, which required him to complete three months of regional work to extend it.

“The advice we had was he can stay and work for us if he goes and picks bananas for three months,” Elphick says.

“The fact they consider adding value to the economy as only picking fruit is crazy, especially for someone of his calibre.

“They said it would be another two years before we’d be recognised as a proper business.”

Elphick has now returned to Sydney to handle the fallout from Bailey’s deportation and has put Disrupt’s expansion plans on hold.

“I’ve got to be with the team here to do what we do properly before we actually go back to our expansion plans.

But with his co-founder and chief operating officer now on the other side of the world, Elphick says continuing to run the startup from Australia is looking increasingly unlikely.

“It’s not a sustainable option,” he says.

“He’s basically holed up in a home office bedroom in the middle of Wales. We both know that at some point we have to figure out a longer-term solution.

“If he can’t get into Australia then we’ll have to uproot our headquarters and take all our tax dollars elsewhere.”

Ironically, both Bailey and Elphick were asked to consult with the Border Force about the government’s proposed new entrepreneur visas while they were volunteering at the University of New South Wales in November last year.

Even after this initial meeting the entrepreneurs weren’t filled with confidence.

“We walked away from that more disillusioned than when we went into it,” Elphick says.

Elphick says the government proposed a new entrepreneur visa for a single founder based overseas with a business that had already raised $500,000.

“I can’t think of a single example that fit the bill. They had absolutely no idea,” he says.

“I just don’t understand it – they’ll get maybe ten people apply for it a year instead of hundreds of thousands.

“They were more scared about people rorting the situation than finding a solution that actually helps.”

A drop in the ocean

Despite his own startup’s current predicament, Elphick says he is more concerned about the impact Australia’s immigration laws will have on the wider startup ecosystem.

“It worries me what the hell everyone is going to do in the future.

“Everyone is trying to attract engineers from the US and UK. We’re trying to sell our location and lifestyle to people overseas to bring them in but then they’re saying, ‘how do I actually get in?’.”

He says that Australia’s strong education system will be wasted if local companies can’t retain graduates.

“We’re training all these highly-skilled students in Australian then sending them overseas,” Elphick says.

“What haven’t they got a pathway to working for a startup? Students are the lifeblood of what we do but there’s no way for them to stay with us.”

Unless something is done to fix these restrictions Australia will continue to lose potentially lucrative startups to other countries, he says.

“Lots of startups will be forced to move even when they don’t want to,” Elphick says.

Really I wonder who he told the truth to….no one I woud said.

The problem is, if you have been caught out with one lie, what else is a lie? When will you lie to government again? The authorities just don’t know and they have to follow procedures and send him home. If he is so good, he can apply again.

Another wingy pom. He lied, got caught and now cries like a baby…

We want talent not pink lying unethical conniving pommie a-holes. Best he gets back and drives a taxi in the UK …. oooh he’s a “start-up chief operating officer” – so make that an Uber.