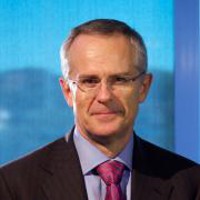 The Australian Competition and Consumer Commission wants the courts to impose larger penalties of up to $100 million.

In a speech to the Committee for Economic Development of Australia at lunchtime today, ACCC chairman Rod Sims will say the competition watchdog thinks the penalties should offer more deterrence.

This follows complaints that last year’s $11 million penalty against Flight Centre was “immaterial” and statements by a Federal Court judge that maximum penalties of $1.1 million available against Coles for unconscionable conduct were “arguably inadequate” given its turnover of $22 billion.

“Penalties should not be seen as simply a cost of doing business,” Sims will say in his speech. “They need to be at a level which achieves both specific and general deterrence.”

While some businesses think they have a lot to gain from breaching Australia’s competition and consumer law, Sims will say they should have much to lose as well.

While the ACCC can seek penalties of up to 10% of a business’ revenue in cases of price fixing and cartel conduct a fine of up to $1.1 million per penalty is the maximum that can be sought in cases dealing with misleading and unconscionable conduct.

“People will sit up and take notice, because it starts to show up in the profit and loss statement, and it will grab attention, which is what we are trying to do with our deterrence messages.”

SmartCompany has an advance copy of Sims’ first speech for 2015, which will outline the ACCC’s enforcement priorities for the year: cartel conduct in government procurement, truth in advertising, competition and consumer issues in the health sector and industry codes.

He will say that the watchdog has worked hard after cutting its staff by 12.5% but getting an additional $20 million in funding from the government.

Sims will say competition and consumer issues in highly concentrated sectors remains a priority and the Coles unconscionable conduct outcome sets a benchmark which can be applied to other sectors.

“This outcome has very important economic consequences. This is about smaller businesses being able to have faith in their contracts with larger businesses so they can plan and invest.”

Sims will say naming truth in advertising as a priority, particularly when engaged in by large businesses with broad impact, is important as it is also required for a successful market economy.

“Our action in this area serves a dual purpose. When advertising is untruthful consumers are misled and honest traders are put at a competitive disadvantage.”

The ACCC will also concentrate on emerging consumer issues in the online marketplace to ensure the rights and obligations that exist in the bricks-and-mortar world are not ignored online.

“One problem is significant delays by online businesses in addressing consumer complaints about either the product itself or delivery,” Sims will say.

“We and other ACL regulators will be working with industry to improve responsiveness to consumer concerns.”

As well as bedding down changes to the Franchising Code of Conduct, the introduction of a code of conduct to address unfair practices in the grocery sector will be a major focus in 2015.

Sally Scott, partner at law firm Hall & Wilcox, told SmartCompany there is no doubt that under Sims’ tenure, the ACCC has been particularly litigious.

“Despite a tight budget, the ACCC has seemingly had little difficulty finding funds for many court cases,” she says.

“Large penalties naturally raise greater awareness of the risk amongst the wider business community, and Rod Sims no doubt hopes this translates into fewer contraventions.”

Scott says the ACCC can’t take action against every business that contravenes the competition and consumer law.

“It doesn’t have the budget to do so,” she says.  “It must choose its targets to ensure it achieves the greatest deterrence. Seeking larger penalties is part of this.”

But Scott cautions that although the ACCC can seek larger penalties, the ultimate decision of the size of the penalty will rest with the court, even where there is consent.

“If business wasn’t already alert to risks of contravening the competition and consumer law as a result of the ACCC’s propensity to litigate, this should help achieve that awareness and encourage business to take steps to minimise the risk,” she says.

“This is what Rod Sims hopes to achieve.”

Scott says in order to seek higher penalties for consumer law offences, like misleading conduct and unconscionable conduct, that are not constrained by a dollar limit, there will need to be government intervention in the form of a change to the legislation.

“I wouldn’t be surprised if we see Rod Sims campaigning for such a change, and his speech appears to be one step in such a campaign. In the meantime, in the absence of such a change, he has indicated that he will keep pushing for ‘penalties of appropriate deterrent value’ which is code for seeking as high a penalty as possible.”