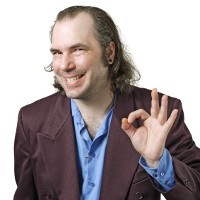 A Melbourne-based graphic design and search engine optimisation business has been forced to close and its director has been banned from managing a corporation for six years, following action by Consumer Affairs Victoria.

Victoria’s consumer watchdog initiated legal action against 1House Group, trading as Online Centric, after it received complaints the company was accepting payment for goods and services that were either provided late or not provided at all.

But the Melbourne Magistrates’ Court has now restrained the company from requesting or accepting deposits or any other payments for those services until March 1, 2019. Nicole Papadopoulos, the director of Online Centric, has been disqualified from managing a corporation until March 1, 2021.

The court found both Papadopoulos and Online Centric breached the Australian Consumer Law. Consumer Affairs Victoria said in a statement the company and Papadopoulos have also been ordered to close the company’s website and pay costs of $1700.

Rohan Harris, principal at law firm Russell Kennedy, told SmartCompany the provisions in Australian Consumer Law that deal with this kind of conduct are an extension of laws that prohibit companies from making false or misleading representations.

And while Online Centric has not been fined in this case, Harris says closing down a business is “in many cases … a more effective remedy than fining someone”.

“It’s a pretty clear-cut case and the court has shut down the business as a result,” Harris says.

Consumer Affairs has not indicated if individual customers were left out of pocket as a result of Online Centric’s conduct and Harris says this may have also been a factor in the court’s decision not to fine the company.

But Harris says the decision has broad ramifications for Papadopoulos, who has not only had her business shut down but also her ability to conduct other businesses.

“It will limit what she can do in the future,” he says.

Harris says the case should serve as a warning for small businesses who may have worked with Online Centric in the past, as well as those who may be tempted to bend the rules.

“Some directors think they can just go and start up another business, but that’s not the case,” he says.

SmartCompany contacted Papadopoulos but did not receive a response prior to publication.