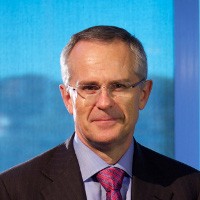 The Australian Competition and Consumer Commission has initiated proceedings against international shopping community Lyoness, alleging the business operates a pyramid scheme and engages in referral selling.

The consumer watchdog alleges Lyoness offers commissions to existing members who recruit new members, who then make a down-payment on future purchases.

ACCC chairman Rod Sims said in a statement pyramid schemes are often sophisticated and can be operated under the guise of a legitimate business.

“The concern with pyramid schemes is that the financial benefits held out to induce potential members to join up rely substantially on the recruitment of further new members into the scheme,” said Sims.

“For these schemes to work so that everyone can make a profit, there would need to be an endless supply of new members.”

In a statement, Lyoness said it rejects the consumer watchdog’s allegations and will “vigorously defend” the court action.

“Benefits are exclusively generated by shopping activities within the Lyoness community,” said Lyoness.

The company also pointed to its track record, stating it has been active for 10 years.

“In none of the 46 markets in which it is active has Lyoness been found guilty of or convicted for operating a pyramid scheme,” said the company.

“Lyoness is committed to full compliance with the law and to dealing honestly with Australian consumers.”

“They generally involve a promoter at the top of the pyramid inducing or recruiting others to join the scheme, usually by payment of a fee and the promise that they will receive a benefit by recruiting others.”

Monks says the only way members can get their money back is by convincing others to join, creating an endless cycle.

“The chance of finding new recruits and making money eventually becomes reduced until ultimately there are no new recruits to invest and the pyramid collapses,” says Monks.

“The only winners are those at the top of the pyramid, who get in first and pocket the payments made by those who joined under them.”

Monks says the key difference between a pyramid selling scheme and a legitimate business is a pyramid scheme makes money on the recruitment of members rather than the marketing and sale of genuine goods and services.

The ACCC is seeking declarations, penalties and an injunction from Lyoness. The first directions hearing is scheduled to take place in September 16 in Sydney.