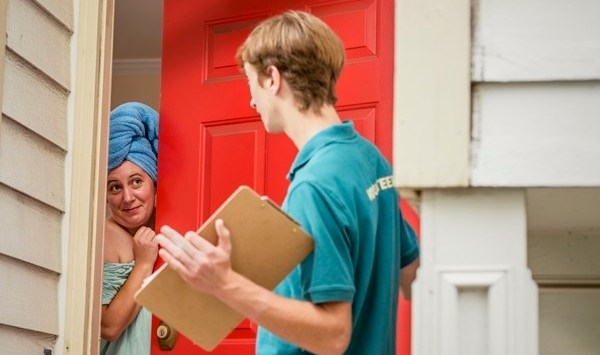 The South Australian consumer watchdog has warned individuals and other businesses to stay away from an unlicensed business that has been using door-to-door sales tactics to supply and install solar systems across the state.

In a statement issued on Friday, South Australian Commissioner for Consumer Affairs Dini Soulio said Green Engineering (Vic) is accused of failing to provide adequate cooling-off periods in its sales contracts, failing to show up to compulsory conciliation meetings and in some instances, when it did attend conciliation meetings, failing to ignore signed commitments to resolve disputes with customers.

While Soulio said Consumer and Business Services (CBS) has evidence that an affiliated company that is registered in Queensland does hold the relevant electrical licence in SA, the entity trading as Green Engineering (Vic) does not.

“This is a warning to residents across the state, in particular in regional areas, that they should be on guard about the way Green Engineering (Vic) carries on its business,” Soulio said.

According to CBS, door-to-door sales reps from the company approached potential customers in regional areas with contracts that specified a cooling-off period of just five days.

“In one instance, the business began to install a solar panel system the day after the contract was signed,” Soulio said.

CBS also alleges the company has failed to meet its requirements under the Fair Trading Act, including not participating in compulsory conciliation conferences in 2014 and this year. This could lead to fines of up to $10,000 for each breach if a criminal prosecution is pursued.

“Where the business did show up at a compulsory conciliation conference and signed agreements to resolve the dispute with a customer, the business has, on more than one occasion, ignored its commitment and has ultimately failed to fulfil its undertakings,” Soulio said.

“This conduct demonstrates an unwillingness on the part of the business to resolve ongoing disputes with customers and that is simply bad business.”

Rohan Harris, principal at law firm Russell Kennedy, told SmartCompany any business that carries out unsolicited selling, including door-to-door sales, must comply with a number of provisions under Australian Consumer Law.

Unsolicited selling relates to any circumstances outside the typical selling or retail environment and often happens at a customer’s own home.

“In those circumstances, there are a number of rules that have to be followed,” Harris says.

“This includes identifying yourself, only visiting in designated calling hours and providing certain notices about the consumer’s rights, which includes a 10-day cooling-off period.”

“Anyone who is active in the unsolicited selling space would be well-versed in these rules,” he says.

SmartCompany contacted Green Engineering (Vic) but did not receive a response prior to publication.