Contractors or employees? Californian ruling shows how Uber and other startups tread a thin line 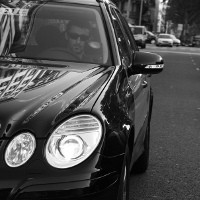 The Californian employer watchdog has determined that an Uber driver should be classified as an employee, not an independent contractor, and therefore entitled to reimbursements.

The decision by the California Labor Commissioner’s Office means former Uber driver Barbara Berwick is entitled to more than $4000 in expenses, according to Reuters.

The fast-growing startup – currently valued at around $US40 billion – is appealing the decision.

Employment law specialist at Swaab Attorneys, Warwick Ryan, told StartupSmart that the ruling is unlikely to have an impact in Australia.

Despite this, he points out that Australian startups still need to be aware of potential issues around whether or not someone is an employee or independent contractor because it is a “constantly litigated area of the law”.

“It’s possibly the most vexed question in employment law,” he says.

“One of the factors that would tempt the court to deem these people as employees is if the terms and conditions are standard. When you’re a sub-contractor, say, renting your vehicle, you can theoretically negotiate rates. Your capacity to negotiate rates is seen as a factor. So if everyone is being paid the exact same amount, then that’s a factor that pushes you back towards more of the idea of being an employee.”

Ryan says when determining if someone is a contractor, the courts tend to look for people “taking a risk in running their own business” and whether or not someone is advertising their services.

However, the fact that Uber and Lyft drivers use their own vehicles is likely to count in the company’s favour, according to Ryan.

“The courts would be less prone to see it as a business because people have cars anyway,” he says.

“If you buy a ute and then go cart things around – that’s seen more as a business and an investment for business purposes.”