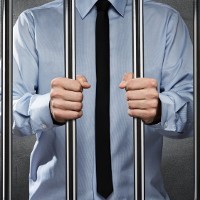 A former Australian Tax Office employee who asked if he could work from jail after he was sentenced to three years imprisonment for a sex crime has lost an appeal to win back his job at the ATO.

Kevin Cooper, who in 2012 was convicted of two counts of sexual indecency against a minor in a foreign country, was attempting to appeal a previous decision made by in the Fair Work Commission to throw out his unfair dismissal bid.

The former tax official was terminated from his role at the tax office in October 2013, after receiving a criminal conviction and a sentence of three years and two months jail time, with a non-parole period of two years.

After he was sacked, Cooper suggested the ATO should have favourably considered his application to take a period of unpaid leave during his incarceration or the option that he carry out his duties whilst incarcerated.

In November 2014, Deputy President Jeff Lawrence heard the case and found Cooper’s convictions were for a serious offence and a breach of the Australia Public Service Commission’s Code of Conduct.

But in March this year, Cooper argued before a full bench against Lawrence’s decision, claiming the crimes were non work-related, private conduct.

But Justice Iain Ross, vice president Adam Hatcher and deputy president Val Gostencnik dismissed the appeal and upheld Lawrence’s decision, labelling Cooper’s submission that he could work from jail or take a period of unpaid leave while incarcerated as “fanciful”.

“It is in our view fanciful in the circumstances of this case, to suggest that the [ATO] might have favourably considered an application by [Cooper] to take a period of unpaid leave during his incarceration,” said Ross, Hatcher and Gostencnik.

“It is equally fanciful, given the nature of the [ATO’s] functions and the duties of [Cooper] whilst employed by the [ATO], to suggest as [he] did, that [he] might have been permitted to carry out his duties whilst incarcerated.”

Employment lawyer Peter Vitale told SmartCompany the law will typically recognise an extended period of incarceration as a frustration of the contract of employment.

“I don’t think you can sensibly argue it is possible to perform your duties in jail,” says Vitale.

“I would have thought that was an incredibly optimistic application by the employee.”

Vitale says the case highlights the issue of dismissal for non-work related conduct, recently brought to the fore by the sacking of SBS journalist Scott McIntyre.

“This is becoming an area of great controversy, as we saw what happened with the SBS journalist,” he says.

“The real question is whether or not the employer can show a close enough link between the actions of the employee and a breach of policies that impact upon their reputation.”

Vitale says this case and McIntyre’s termination illustrate the importance of having solid workplace policies in place.

“In this case, given we are talking about a public servant, it is reasonable for the government to expect its employees to respect the laws of the Commonwealth,” Vitale says.

“A serious breach of the law should form a legitimate basis for a policy that the employer could rely to terminate employee.”

The ATO declined to comment when contacted by SmartCompany.