Cotton On accused of ripping off New York designer’s “Lettuce Turnip the Beet” slogan: Where to from here? 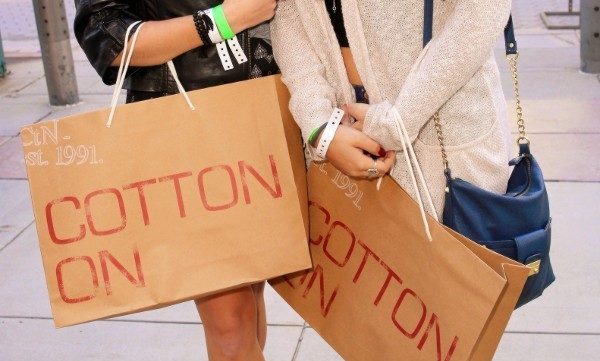 A designer from the United States has accused Cotton On Group of ripping off her designs and is dragging the Australian retail giant to court for alleged damages.

Elektra Printz Gorski, from New York, sells a number of t-shirts, singlets and stickers online with the slogan “lettuce turnip the beet” printed on them.

Gorski’s designs have even been worn by celebrities such as Madonna, according to her Etsy store.

Earlier this year Gorski sent a legal letter to Cotton On Group, accusing the Australian retailer of infringing her copyright.

This was because Cotton On was selling products with the slogan “Lettuce Turnip the Beet” in several countries. 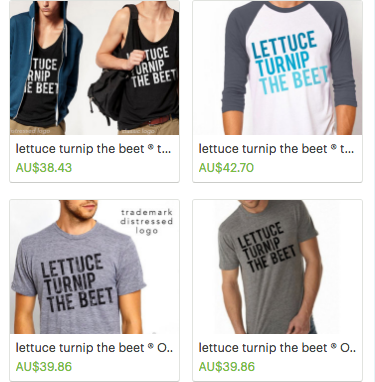 Gorski’s products, as shown on her Etsy store

While Cotton On ceased distributing the products, it claimed it did not breach Gorski’s rights because it was not aware of her trademarks and was only using the words as an “amusing pun”, according to Fairfax.

Unsatisfied with this response, Gorski is dragging Cotton On to court, claiming compensation for damages and lost income.

The case has been scheduled for mediation later this year.

“It’s just a question of on what terms. If the company gets caught out, as it has effectively in this case, you’d expect to see them saying okay, we’ll stop doing it, and we’ll do a sell-through of the existing stock.

“But the often difficult thing for the designer is they often don’t get any money. That’s often the sticking point.”

“Whilst they [the retailers] can be happy to give up stock, they’re usually very unhappy to dip their hand into their wallet.”

SmartCompany contacted Cotton On for comment but did not receive a response prior to publication.