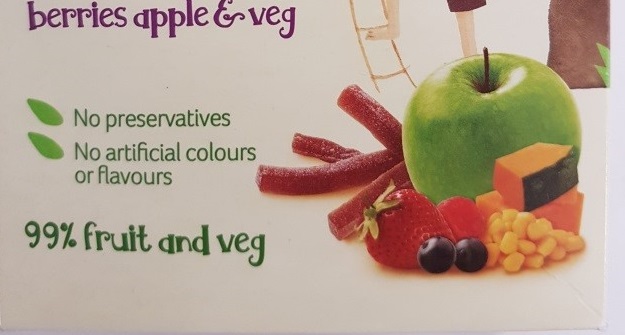 The labelling on a Shredz box. Source: ACCC.

After 18 months of legal action, food company Heinz Australia has lost a court case over whether its Shredz snack product packaging misled consumers about the product’s nutritional value.

On Monday, the Federal Court found H.J. Heinz Company Australia Ltd to be in breach of Australian Consumer Law by misleading shoppers over the nutritional value of its Shredz product. The legal action commenced in June 2016 when the nation’s consumer watchdog launched proceedings, and the court case started in July last year.

Shredz are ‘ropes’ of mashed up fruit and vegetables targeted towards children and had been in supermarkets from 2013 until at least May 2016. The products are no longer on sale.

The Australian Competition and Consumer Commission (ACCC) argued the product’s packaging suggested the snacks were just as healthy as ordinary fruit and vegetables, which was false.

The packaging included the phrase “99% fruit a veg”, which in court the ACCC argued “if something is 99% of something else, it’s the same as – as good as”.

“Heinz is marketing these products as healthy options for young children when they are not,” said ACCC chairman Rod Sims in a statement in 2016.

“These products contain over 60 per cent sugar, which is significantly higher than that of natural fruit and vegetables – for example, an apple contains approximately 10 per cent sugar.”

Heinz defended its case by claiming that “the ordinary and reasonable consumer may not even understand the concepts of nutritional value and equivalent nutritional value”, which is why it placed “99% fruit and veg” on the packaging to market its product. However, the judge rejected this submission, saying despite there being no direct mention of “nutritional value”, the alleged representation was conveyed.

“I reject its submission to the effect that, because the ordinary and reasonable consumer does not have an understanding of those concepts, the Berries Product packaging cannot be understood as conveying a representation about ‘nutritional value’ or ‘comparative nutritional value’,” Judge White said.

In handing down the decision, Judge White said the nutritionists should have known better than to package the product in this way.

“Plainly, the sugar level in each of the products exceeded the level recommended in both the Toddler Snacking Guidelines and in the NPD Guidelines. It is also plain that Heinz nutritionists were aware of the levels of sugar in the Products,” White said.

“I am satisfied that each of the Heinz nutritionists ought to have known that a representation that a product containing approximately two-thirds sugar was beneficial to the health of children aged 1 [to] 3 years was misleading.”

The ACCC welcomed the decision from the Federal Court, which it said shows “businesses that make false or misleading claims about the health benefits of products face serious consequences”.

“We were particularly concerned by Heinz’ conduct because the Shredz products were marketed as being beneficial for young children,” acting chair Delia Rickard said in a statement yesterday.

“Heinz’s Shredz products consisted of over 60 per cent sugar, significantly higher than that of natural fruit and vegetables. An apple in comparison contains around 10 per cent sugar.”

In a statement supplied to SmartCompany, Heinz Australia managing director Bruno Lino said the company is “disappointed with the outcome but respects the decision that has been made”.

A date is still be to set for a hearing to discuss penalties Heinz is to pay.

ourt the ACCC argued “if something is 99% of something else, it’s the same as – as good as”.
I’m confused – wouldn’t it be HEINZ arguing 99% = as good as? Why would the ACCC …?
Either way – Heinz and their peers are all a bunch of liars – the only way left for them to make more profit is to deceive, lie, defend – acting all offended and only then if they can’t buy their way out of exposure.