Court finds solicitor was not sacked because of mental illness 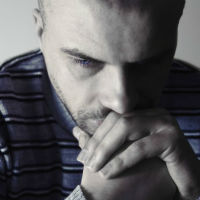 The Full Federal Court has found in favour of the Victorian Office of Public Prosecutions after an employee claimed he was dismissed because of his mental illness.

In a decision handed down in December last year the court held the OPP did not take adverse action against its former employee, Anthony Grant.

Grant was a solicitor with the OPP and after breaking his leg he was increasingly absent from work and suffered from depression.

His failure to attend several key appointments and complete requirements of his job led to his manager dismissing him.

At first instance the Federal Circuit Court decision ordered that Grant be reinstated and paid compensation of $93,750.

If the decision-maker’s testimony is accepted as reliable and honest it will discharge the onus imposed on the employer.

In this case Grant’s manager gave clear evidence that he had made the decision solely because of Grant’s misconduct and for no other reason.

Catherine Dunlop, partner at law firm Maddocks, told SmartCompany the judgment is important as it assists understanding of the way that a court will consider general protections claims.

“The most important thing about the decision is that it confirms the courts will look at the actual reasons that motivated the decision-maker,” she says.

“This area is still one where employers need to have really clear evidence, particularly when they are dealing with mental health or depression issues.”

Dunlop recommends employers get medical advice where appropriate to understand the interaction between performance and prognosis in their employee’s prognosis.

“Employers who don’t seek independent medical advice and make assumptions are at risk of having their decisions challenges.”

Dunlop says dealing with mental illness is an area she advises employers on regularly.

“Many employers are very sensitive to wanting to understand all the issues and to try and assist employees,” she says.

“I think there is a little more openness about discussing these issues too which is a good thing.”

SmartCompany contacted the OPP for comment but did not receive a response prior to publication.