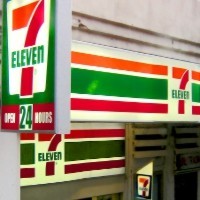 The owner of a Brisbane 7-Eleven store has been fined $250 for throwing a metal chair at an employee who told him he was unwell.

Ninemsn reports Avinash Pratap Singh pleaded guilty to one count of common assault in the Brisbane Magistrate’s Court on Tuesday.

The court heard one of Singh’s employees, a young man in his early 20s, arrived at Singh’s store to start his shift at 10.15pm on August 26.

After starting work, the employee informed Singh he was not feeling well, which prompted an argument between the pair. During the argument, the court heard Singh became so angry that he threw a metal chair across the room towards the worker, who was struck on the knee.

The employee sought medical attention but only required pain relief.

Singh apologised in court for the incident, saying he did not intend to injure the worker.

“It was just a spur-of-the-moment, just at that time of night, and just … the way he carried on about it and it just got out of hand to be honest with you,” Singh told Magistrate Linda Bradford-Moore.

Bradford-Moore fined Singh $250 and ordered he pay the employee $200 in restitution. No conviction was recorded as Bradford-Moore said Singh was unlikely to commit further offences.

While 7-Eleven declined to comment on the specific incident, a 7-Eleven spokesperson told SmartCompany the company’s franchisees “have responsibilities as employers and as business people”.

“It is our expectation that they meet these responsibilities and obligations at all times, including abiding by all relevant laws,” the spokesperson says.

“7-Eleven takes any failure to meet these obligations seriously and takes appropriate action in accordance with our franchise agreement.”

Andrew Douglas, partner at M+K Lawyers, told SmartCompany the incident highlights the lack of understanding of workplace law among Australian employees and employers.

Douglas says there are a “myriad of possibilities” in the case if the employee had chosen to initiate action under the various workplace statutes.

“The employee certainly had a compensable injury and could have had access to benefits if they filed a workers compensation claim,” says Douglas.

“The employer unquestionably breached workplace health and safety legislation by failing to provide a safe work environment and he risked imprisonment on the basis of reckless endangerment.”

“If the employee could not return to work there may have been a compelling argument for a constructive dismissal and they may have been entitled to up to 26 weeks of their current income.”

“There is an argument that sits somewhere in an adverse action claim, if the employee could argue they were mistreated because they had complained … and if the employee had managed to keep their employment, they could have made a bullying complaint that could place restrictions on the actions of the manager.”

But Douglas says the scenarios are unlikely to play out as the employee chose to seek the police’s help instead.

“It just shows you how rarely affected employees take complaints to regulators,” he says.

“It’s a continuing issue that all people have little understanding of workplace law. There are so few complaints of bullying in relation to level of bullying we know occurs.”

“It’s likely a large percentage, over 10%, of Australians are currently being bullied in the workplace but of the 12 million Australian adults in the workplace, as of July, just 640 bullying complaints had been lodged with the Fair Work Commission.”

Douglas says Australian workers are more likely to attempt to deal with workplace incidents personally and both employees and employers have “very poor knowledge” of the courses of action available to them.

“They don’t know the tools in their kit bag,” he says.