Court fines Stratton Finance $124,000 after employee only got five payslips in six years 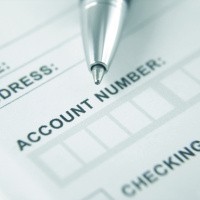 Stratton Finance has been fined $124,000 for multiple breaches of employment law for an employee.

The Federal Court heard the car finance company only gave one of its employees, Peter Webb, five payslips in six years.

Stratton Finance employed Webb on a commission-based agreement which did not entitle him to a base salary, sick pay, annual leave and superannuation entitlements.

The court had earlier found Webb’s commissions had been underpaid and the employer had since repaid $146,291 to the employee.

Judge Raphael took into account numerous breaches of the law by Stratton.

In determining the penalty he took into account that Stratton is a medium-size business with over 100 employees and the deliberate nature of the breaches.

“Whilst it is true that no other employee has complained, a firm of that size should have sufficiently well-trained staff to recognise what obligations it has under the relevant statutes,” he found.

“The non-payment of these moneys suggests almost a wilful blindness to reality on the part of the company, which is exacerbated when after a Fair Work Ombudsman investigation and recommendation for payment, no payment was made.”

Workplace relations lawyer Enrico Burgio from Maurice Blackburn Lawyers told SmartCompany the decision provides a timely reminder that the court will treat underpayments of employee wages seriously and can impose significant penalties on employers who knowingly or recklessly breach their obligations.”

“Employers should be very wary of using commission-only salary arrangements which purport to negate obligations to pay base salary and statutory entitlements,” he says.

Burgio says as the decision demonstrates, such arrangements may not be lawful.

“In this case, the court found it particularly relevant that, the Fair Work Ombudsman had already concluded that underpayments existed, yet the employer still failed to pay or accept a reasonable settlement offer prior to the court proceedings being commenced,” he says.

Stratton is appealing the case.

Carsales.com announced the acquisition of 50.1% of Stratton Finance earlier this month.

SmartCompany contacted Stratton but did not receive a response prior to publication.