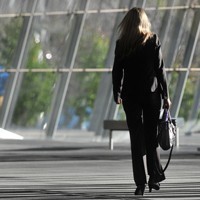 The New South Wales Court of Appeal has upheld a decision by the Workers Compensation Commission to award a former employee at a photography studio compensation after she injured herself at a work party.

In 2004 Kathryn Hills, an employee at Pioneer Studios Pty Ltd in Sydney, fell over a railing while one of her work colleagues was celebrating his birthday.

The incident occurred at around 2am at Pioneer Studios as the business had given one of Hills’ work colleagues permission to have a birthday party on the premises.

The birthday party also doubled as a farewell party for one of the employees and Hills had previously been asked by her boss if she was attending.

The Workers Compensation Commission found Pioneer Studios was liable to pay for Hills’ medical costs in July last year, however the business decided to appeal the decision.

The Court of Appeal found the commission had made the right decision given that Pioneer Studios was a small business and it would be reasonable for Hills to conclude that it was necessary to attend the event for work purposes.

“The matters raised under these grounds do not establish error in point of law,” Justices Ruth McColl, John Basten and Carolyn Simspon ruled in their judgment.

“The assessment that Ms Hills’ employment was a substantive contributing factor to her injury was a finding of fact, unreviewable in this Court.”

Andrew Douglas, principal at M+K Lawyers, told SmartCompany the courts will consider any environment, including a party, to be a workplace if a business has an actual or implied control over the situation.

Alternatively, action condoned by a manager or boss is considered to be a workplace. An example of this is having a sales meeting at a pub.

“Here, it’s being held at the premise with the approval from the owners,” Douglas says.

“So it’s definitely a workplace.”

Douglas says it is crucial for businesses to have a policy in place that outlines the behaviour expected from employees.

“That may be policies and training around when you travel,” he says.

“Define what a workplace is. Underneath that, there needs to be value-based training about expected behaviour so people know what the policies are.

“And if it is [for] a workplace, there needs to be appropriate supervision. An example of that is a Christmas party… you would ensure your staff act in accordance with respectful behaviour. It doesn’t change because you’re drinking outside of business hours.”

Douglas says businesses also need to be aware the courts are always going to be generous when it comes to extending the definition of what a workplace is.

“It doesn’t work the other way,” he says.

“When you go to punish somebody, the courts are beneficial to the person you are trying to punish – so it’s not a very fair game unless you have the structures in place. Generally, it’s whoever is bringing the claim that will be treated most generously.”

SmartCompany was unable to contact Pioneer Studios Pty Ltd as the business is no longer trading.