Customers kept waiting for Telstra TVs: How to deliver on promo deals without disappointing shoppers

Video streaming is a central part of hooking customers at the big telcos, but Telstra customers say they are still waiting on promised Telstra TV units as the company acknowledges demand has outstripped supply.

Telstra TV allows Telstra customers to aggregate video streaming services like Netflix and Stan, watch movies from the Bigpond media library and view catch-up free to air TV. The units have been advertised as an added bonus to new internet bundles, such as a $90 plan that includes 500GB of broadband, local and national calls.

But as customers have pointed out on social media, many have been advised that they will have to wait for Telstra TV after signing up to their plans, because stock has run low and the company is waiting on new units.

“Why is Telstra still advertising Telstra TV when it is not available- or the one I should have is not available and no one can tell me when it will arrive?” asked one Telstra customer via Facebook.

The customer service team responded by outlining that “demand has been higher than expected” and there was a wait on the boxes to be delivered and sent out.

Telstra has been left to work through customer complaints, both about the the TV units that have not been delivered and the ones that have but are not working to customers’ expectations.

And this is not the first time this month that shoppers have been asking about products on back-order. Two weeks ago the telco took on too many iPhone7 preorders and then was forced to tell customers there would be a wait for new phones.

While the “Telstra 24×7” page gives live updates and customer service, the nature of social media communication and account details mean that many are being referred to the website’s live chat function or back to the company’s phone service line.

The Telstra TV bundle is being advertised on the homepage of company’s customer website, with no mention of any delay in unit deliveries – though the fine print does highlight “Services not available to all areas or premises”. 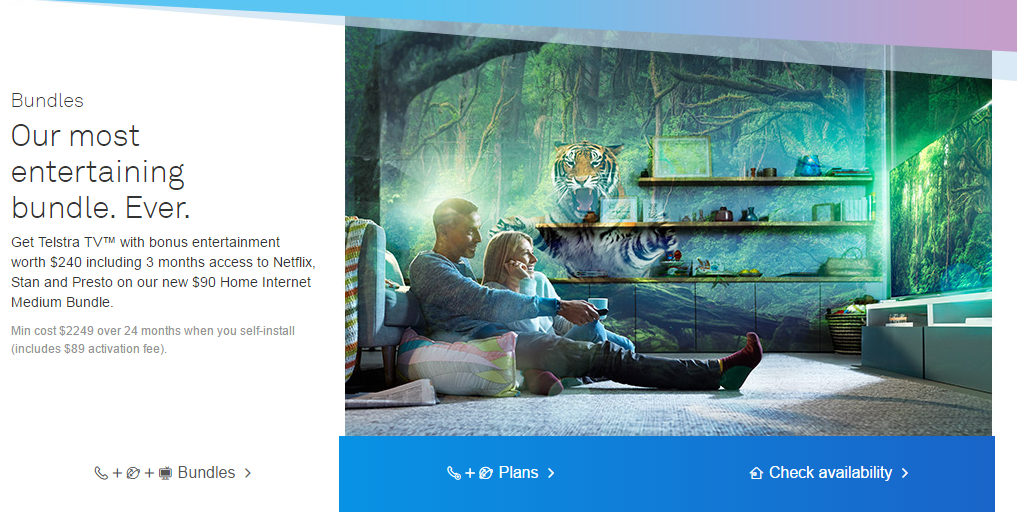 Many customers have been assured by the company via social media that their orders are now on the way. SmartCompany contacted Telstra this morning to ask for an update on stock levels. On Monday afternoon a spokesperson said that after investigation, customer complaints that SmartCompany forwarded as examples were “isolated to customers that may not have received their device due to delivery issues or other factors”. “All reporting that we have received shows that we have shipped all outstanding orders for Telstra TVs,” the spokesperson said.

Keep an eye on stock during promotions

Stock can often run low during promotional deals, but the communication around the original offer is very important when it comes to consumer law, says principal at Ampersand Legal, Narissa Corrigan.

“A vendor can’t offer a TV package or similar deal to get customers to sign up if they don’t have the amount of stock for those signing up,” she told SmartCompany.

But there are situations where a deal will have a limited amount of stock available, which is why it’s critical that the availability of the product is set out in the terms and conditions of an offer.

“If a company is saying, ‘we have ten of these available at the moment’, then once they’ve filled those ten orders they can always re-advertise the deal down the track,” Corrigan says.

Where things get trickier is in situations where a business knows there is no stock available, but advertises a deal anyway.

“Take phones, where it’s about the colours being limited. It really all depends on how it’s being advertised, and whether it’s a general TV ad and the seller knows how much stock,” Corrigan says.

Lack of stock is also a concern from the perspective of customer goodwill, says RetailOasis senior strategist Pippa Kulmar.

“The only time customers get angry is when there’s a lack of transparency, you can’t get through and you don’t know when you’ll get the offer.”

If a business has done its sums and then finds out there is a much greater demand than expected, it’s important to update customers immediately. This is where social media comes in, because it can act as an immediate notification that the availability of a deal has changed.

“Update your social pages straightaway. Social media is a great way to deal with this,” Corrigan says.

“Basically, people don’t like their time wasted – so really, you just need to keep customers updated.”