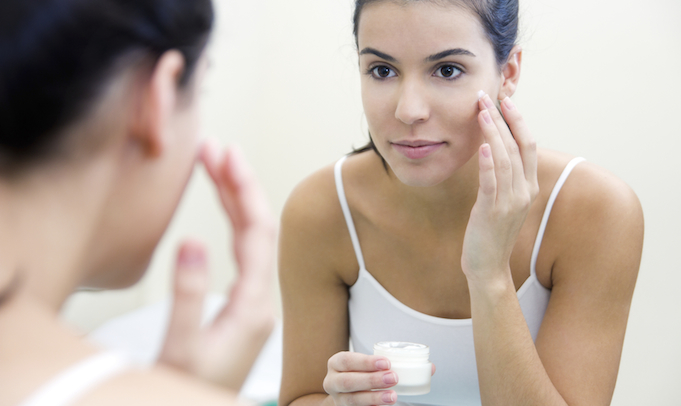 Counterfeit skincare products to the value of $150,000 have been seized by customs officials after the goods were shipped into the country from China with a fake “Australian Made” logo.

Australian Made Campaign Ltd (AMCL) has an agreement with the Australian Border Force through which products coming into the country with the “Australian Made, Australian Grown” logo can be intercepted by customs officials.

Five thousand units of skincare products that were copies of genuine Australian items from the brand Eaoron will now be destroyed, according to Australian Made.

Australian Made deputy chief executive Ben Lazzaro says this case highlights the range of challenges faced by businesses as a result of the e-commerce boom.

It also draws attention to the need for SMEs to protect intellectual property both here and overseas.

“We’re speculating that the most likely scenario is that these products are then being sold back into Asian markets for premiums, or sold to Asian tourists in Australia,” Lazzaro told SmartCompany.

“Consumers look for the Australian Made logo to identify genuine Aussie products and Australian farmers and manufacturers rely on it to market their products, so it is of the utmost importance that we protect the integrity of the brand,” Australian Made chief executive Ian Harrison said in a statement on the Eaoron case.

Australian Health Industry Co. Pty Ltd, which owns the EAORON skincare trademark, first learned of the counterfeit stock after it was intercepted.

“Eaoron skincare worked in concert with us – and they’re very keen to follow up, because it is their brand,” Lazzaro says.

How can businesses stop fake products?

Preventing others from creating copies of your products is extremely challenging, especially when global respect for the “Australian Made” tag increases the temptation for others to produce fake goods, says Lazzaro.

According to the Australian Border Force (ABF), counterfeit goods to the value of $16.9 million have been intercepted on passage into the country so far this year.

ABF commander of customs compliance Erin Dale said in a statement in July the focus on seizing goods is a priority for the wellbeing of both consumers and business owners.

“Counterfeit and pirated goods not only rob legitimate businesses of income, but can also present a serious safety risk to consumers,” she said.

Principal at Ampersand Legal Narissa Corrigan told SmartCompany that while there were many avenues a business can take to seek redress if it finds a counterfeit version of its product, one way to prevent goods from being imported is to lodge paperwork with customs to notify them of potential breaches of a registered trademark.

“If businesses are worried, there is a thing called ‘Customs Watch’,” Corrigan says.

The Department Immigration and Border Protection allows a business with intellectual property rights to lodge a “Notice of Objection” that allows customs to seize counterfeit and pirated goods at Australia’s border.

Lazzaro says that while Australian businesses are likely unable to wipe out counterfeiters entirely, there are strategies to slow down the sale of fake products.

“What you can do is only sell your product through approved channels, so if you get it anywhere else you know it’s dodgy,” he says.

There are several products available to help consumers tell the difference between authentic and counterfeit products, but these can be out of the price range of many SMEs. They also usually rely on a customer distinguishing between a real and fake item at the time of purchase – when the item is already being sold.

Australian Made believes the fight to stamp out fake products is just another significant challenge for retailers looking to sell their wares online and into overseas markets.

“It’s the hidden costs – it’s not just the cost of being in the market, but the ongoing costs,” says Lazzaro.

It also drives home the importance of registering intellectual property for a brand in each country that goods are sold.

If a business notices something suspicious or believes they have come across counterfeit goods, they can report it to Border Watch officials.

SmartCompany attempted to contact the EAORON brand and Australian Health Industry Co. Pty Ltd to discuss how it discovered its brands had been counterfeited, but did not receive a response prior to publication.