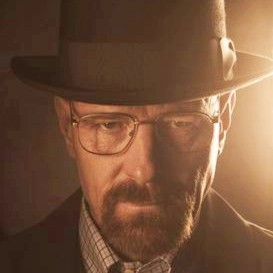 A dump truck driver who tested positive for methamphetamine use at four times the standard cut-off for the test has lost her unfair dismissal bid before the Fair Work Commission.

Tara Leah Cunningham, 30, denied knowingly taking the drug and said the positive drug test was a result of her drink being spiked after she had spent an evening drinking in a hotel room with two unknown men.

Cunningham had returned to her job, which primarily involved her driving very large dump trucks, at Downer EDI Mining’s Boggabri open-cut coal mine in New South Wales after a rostered break of several days in April 2014.

Before she commenced day shift, Cunningham was required by Downer to undertake a random drug test in accordance with the company’s alcohol and drug management protocols. The test detected the presence of methamphetamine at four times the cut-off reporting figure.

The following week, a manager hand delivered a letter to Cunningham stating she would be required to show cause why her employment should not be terminated at the next day’s meeting. The letter had been backdated to the week before.

Downer gave Cunningham an opportunity to explain whether there was some reasonable explanation for the presence of the drug and she asserted her drink was spiked. She said she couldn’t identify the two men she was with in the hotel room, as they were unknown to her.

Cunningham was represented in the proceedings by a legal officer from the Construction, Forestry, Mining & Energy Union, who told the commission Cunningham had felt perfectly well and not under the influence of any drug when she returned to work.

The union officer argued Downer therefore did not have a valid reason for her dismissal and criticised the company’s decision to backdate Cunningham’s dismissal.

But Downer submitted expert medical advice showing it was implausible to suggest the levels of the drug found in Cunningham’s body could have been the result of a single dose administered approximately 80 hours earlier.

The company also pointed to its zero-tolerance drug policy which had “critical safety implications for the welfare of all those who work at the mine”. It said the backdating of the dismissal dates was a simple error that had been corrected.

Commissioner Ian Cambridge found Cunningham’s test had contained four times the minimum level of methamphetamine and she was therefore fairly dismissed for serious misconduct involving a breach of the employer’s drug and alcohol regime.

“This test result would of itself, provide valid reason for the employer to terminate the employment of the applicant. This test result was appropriately treated as a prima facie serious risk to the safety of fellow workers,” said Cambridge.

The commission was critical of the date errors in the dismissal letter, but commended Downer’s preparedness to consider if there was another reason for the ingestion of the drug.

Employment lawyer and M+K Lawyers partner Andrew Douglas told SmartCompany the Downer workplace had a high level of risk attached to the use of drugs and therefore could show it had a reasonable zero tolerance policy.

“The employer was generous in allowing the employee an opportunity to explain why she had drugs in her system, but found that explanation was absolutely implausible,” says Douglas.

Douglas says while attending work affected by drugs or alcohol is considered serious misconduct under Fair Work regulations, there is a reverse obligation on the employer to prove they acted reasonably.

“In this case the employer has identified they had a reasonable policy, that they reasonably sought an explanation and that they then found it was implausible,” he says.

SmartCompany contacted Downer EDI but did not receive a response prior to publication.