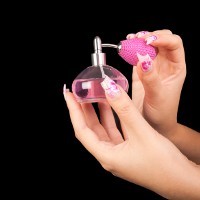 An employee who claims she was rendered incapable of working by her colleagues’ perfumes and aftershaves has lost her compensation claim.

The public servant worked at a customer services centre for the Department of Human Services in Orange, New South Wales.

But “A” claims she suffered years of discomfort after first noticing her condition in 1995.

She was not diagnosed as having multiple chemical sensitivity until February 2012.

The employee attributed her condition to “constant exposure to perfumes/oils and chemicals”.

She claimed her multiple chemical sensitivity significantly worsened after the Department of Human Services moved into a new air-conditioned, open plan and sealed building in late 2011.

From this time A was exposed to residual smells of new carpet, fittings, paint and glue, as well as perfumes.

The public service department had formerly been housed in an older style building in which groups of staff had separate rooms, and windows could be opened, and the woman’s team had agreed not to wear perfumes.

In late 2011 A had to be taken to hospital in an ambulance suffering from nausea, disorientation, headaches, dizziness and chest pain.

She stopped working on February 2012 and accepted a workplace insurance claim for “aggravation of multiple chemical sensitivity”.

But the Administrative Appeals Tribunal rejected A’s further claim for permanent impairment in a judgment handed down last month.

Anthony Massaro, principal at Russell Kennedy Lawyers, told SmartCompany multiple chemical sensitivities is a really difficult condition to deal with as an employer as it is often difficult for medical practitioners to verify what the condition is.

“It can easily be abused by a malingering employee to get their way in the workplace,” he says.

Massaro says the decision by the AAT has significance for workers’ compensation cases, not just Comcare, in relation to symptoms or injuries that are contributed to by factors outside work.

“The decision is likely to make it much harder for multiple chemical sensitivity to be the basis of a permanent impairment claim but wouldn’t stop it being the subject of a normal Workcover claim,” he says.

Massaro says if an employee presents with multiple chemical sensitivities and says it is exacerbated by factors in the workplace there are two things which you should be doing.

“The first is sending the employee off to an independent medical assessment to try to get more detail and the second is having a look at what can be done about the workplace,” he says.

Massaro says employers can consider putting in place policies or agreements asking staff not to wear as much aftershave or perfume, changing cleaning products and implementing no-flowers policies.

“Try to deal with the environmental factors so it is possible to have the person continue working and try to get a medical opinion to get a better idea of what the triggers are and how they can be avoided,” he says.