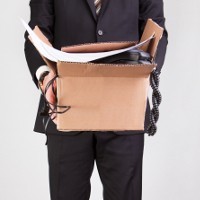 A 65-year-old employee who was sacked for sending an email about Muslim radicals with the subject line, ‘World War 3 – PASS IT ON’ from his work email account has been awarded $29,000 due to his poor prospects of finding another job.

Engineering company Thiess was found to have a valid reason for sacking the employee by the Fair Work Commission last week, but was made to compensate the employee who has been unable to find new work since his termination.

The employee, Ronald Anderson, sent the email to 43 people, including 27 employees within the company, in June last year.

Thiess argued the email was a serious breach of company procedures around the acceptable use of email to broadcast an email that was “offensive, inappropriate, and potentially discriminatory and vilifying”.

The company also said Anderson had previously been warned about his unacceptable use of the company email systems to broadcast non-work emails and, by sending the email, he had destroyed the relationship of trust and confidence that must exist between an employer and an employee.

Anderson argued he was unaware that forwarding the email would be grounds for his dismissal and had he been made aware of this, he would not have sent it.

Ashbury found the dismissal was not harsh and not disproportionate to the “gravity of the misconduct”.

“The misconduct was extremely serious and had significant potential to damage Thiess’ reputation,” said Ashbury.

“Mr Anderson’s misconduct did provide a valid reason for his dismissal and I do not find that the dismissal was unjust.”

However, he did find the dismissal was unfair on the grounds that it was harsh because of the consequences for Anderson and because he had not previously been warned he could be fired for it.

Ashbury therefore found the payment of compensation was appropriate, but discounted the amount he would have earned with the company by 50%, to $28,578.68.

M+K Lawyers partner Andrew Douglas told SmartCompany in the last six months, the Fair Work Commission had moved away from finding employers can necessarily terminate an employee that breaches email or internet policies.

“The commission always focuses on the knowledge of the person and how reasonably, given the person’s circumstances, they could find alternative work,” says Douglas.

Douglas says at the time Anderson sent the email, he was clearly not aware he could lose his job.

“He was a 65-year-old man who was otherwise unemployable… It was the ultimate punishment for him.”

Douglas says there are two obvious lessons employers can learn from this case.

Firstly, he says employers must “bring home” to employees the consequences of a breach of policy that could cause reputational damage to the business.

“People must know the consequences of their actions,” says Douglas.

“People must know when they press that button they’ll be fired.”

Secondly, he says employers must reflect on the personal circumstances of an employee they are to terminate and moderate their decision-making with the question, ‘what will happen to this person if I terminate them?’

“If this was a 25-year-old with a trade, they would have had the opportunity to find alternative work.”

SmartCompany contacted Thiess, but the company declined to comment.