Employer off the hook for Christmas party cruise king hit 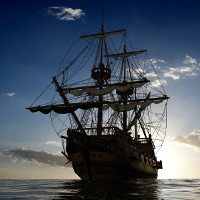 The Queensland Supreme Court has ruled that an employer is not liable for an employee injured by a king hit during a Christmas party.

Jay Packer was hospitalised and had to have two plates inserted and nine screws to reconstruct his facial bones after being hit from behind on the cruiser operated by Tall Ships Sailing Cruises Australia.

Packer was attending the Christmas party along with his children for his employer Commercial Waterproofing Services.

CWS had 90 people on board the cruise, which went from the Gold Coast to South Stradbroke Island.

But the business shared the cruise with a group of 20 from Marine Malouf.

Alcohol was served on the cruise and some of the Marine Malouf party became rowdy and were swearing within earshot of the children with the CWS party.

He then sued TSSCA and CWS, alleging both had breached their duty of care to him.

But Justice David Jackson found while both companies had a duty of care, neither had breached it.

He rejected Packer’s argument that TSSCA should have engaged additional security personnel for the trip.

Justice Jackson said CWS, as an employer, owed its employees a duty of care in contract and in tort, which encompassed an obligation to take reasonable steps for their safety.

But he said it was unrealistic to require to CWS to audit conditions at McLarens Landing and on the ship for the return journey as Packer had argued.

“There was no evidence that [CWS’s director], or anyone else on behalf of CWS, was aware of any risk of the kind which eventuated when [Packer] was assaulted,” he found.

Alison Barrett, principal at law firm Maurice Blackburn, told SmartCompany the decision reinforces an employer’s duty of care to employees even when attending a work function or social event.

Barrett says the reason Packer was unsuccessful in this case was that CWS had no control over the other passengers on the ship.

“For employers when they are arranging work social events such as this one it is important to understand they still owe a duty of care to their employees but the nature and extent of the duty of care is going to depend on the level of control the employer has over the venue and risk of an injury,” Barrett says.

“The level of control is the key factor.”

SmartCompany was unable to contact Commercial Waterproofing Servicing and Tall Ships Sailing Cruises Australia failed to respond prior to publication.