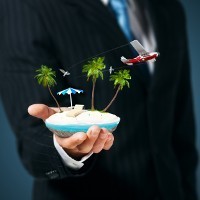 Business owners will now be able to compel employees to take annual leave if they have accrued an “excessive” amount, following a ruling by the full bench of the Fair Work Commission.

The decision, which is part of the employment watchdog’s review of annual leave provisions and applies to workers covered by all modern employment awards, is seen as a major win by employer groups who have long been arguing for a more flexible annual leave framework.

The Fair Work Commission also decided employees will be able to cash out a portion of their annual leave – should their employer agree – as long as the residual balance is no less than four weeks of leave.

In addition, employers paying their workers via Electronic Funds Transfer will be able to pay them in accordance with the usual pay cycle while on annual leave rather than prior to commencement.

Peter Strong, executive director of the Council of Small Business of Australia, told SmartCompany he welcomed the greater rights given to employers when it comes to compelling an employee to take annual leave.

“The more they accrue the more you’ve got this cash net hanging over your head. You’ve got to account for it and every time there’s a pay rise that cash net goes up.”

However, Strong says he was concerned that the ruling was all about “big unions and big business”.

“It had little to do with the reality of our workplaces,” he says.

“Hard and fast rules might work in big business, but in small business we need to be able to have that ability to make the right decisions. They need to have special rules for small workplaces.”

For example, Strong says there could be more lenient rules for smaller players who are never going to be on an equal footing with one of the supermarket giants.

“Even if it was for businesses with less than 20 employees,” he says.

“That would still catch around 90% of businesses. Just have a rule for small. End of story.”

“It is good news for all parties. When awards are varied to reflect the Full Bench’s decision, award-covered employees will be able to cash out any accrued annual leave in excess of four weeks’ accrued leave, by agreement with their employer and subject to various safeguards.”

Willox said employers will now have “enhanced rights” to make employees take annual leave when an excessive amount has been accrued.

“The lack of existing rights in this area has been a major headache for employers,” he said.

“The decision will provide welcome relief to employers and will give employees more incentive to take their annual leave.”

The Victorian Employers’ Chamber of Commerce and Industry also welcomed the decision, with chief executive Mark Stone describing the changes as a “reasonable” overhaul of annual leave provisions.

“VECCI acknowledges the Fair Work Commission has listened to the concerns of business in making these changes,” Stone said in a statement.

“We will continue to advocate for changes to our workplace relations system that support job growth, particularly given the fragility of our economy and persistently high unemployment, especially among young people.”