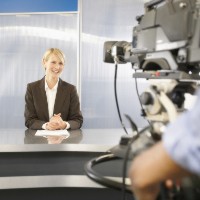 The Fair Work Commission has ruled in favour of a nursing home which sacked a cleaner after she suggested a resident complain to a current affairs television program.

The cleaner, who is not named in the case, told residents she was concerned about the provision of water jugs and certain food issued to residents.

“Look, we are going to have to do something about this — you should go to the current affairs program like before to expose what is going on here, we cannot let them get away with this,” she told one resident.

The nursing home had previously been the subject of a current affairs program story.

The nursing home sacked the cleaner after her behavior was investigated. She had previously been given a final warning.

The Fair Work Commission found the cleaner’s conduct justified dismissal and was “a deliberate act of misconduct”.

“[The cleaner] had the capacity and the opportunity to raise any concerns she had about the provision of water to residents with appropriate managers,” the commission found.

“[Her] actions undermined the trust that an employer is entitled to have in an employee. On this basis it must represent a valid reason for the termination of her employment.”

Rachel Drew, partner at law firm TressCox, told SmartCompany the problem is the cleaner was specifically encouraging residents to complain in an external and publicly embarrassing way.

“This was not a situation of the employee being treated harshly because she wanted to make a complaint, it was the reverse ­– she was dismissed for failing to bring client complaints to the employer’s attention, instead encouraging the clients to take their complaints to an external body,” Drew says.

Drew says the FWC carefully considered the employer’s procedure and found the nursing home did not treat the cleaner harshly because it notified her of its concerns and gave her an opportunity to respond.

“The FWC thought the employer had done the right thing, [the nursing home] didn’t overreact to that situation,” Drew says.

“They followed their policy and made sure she was advised of what the issue was and allowed her to provide a response to that.

“The message for employers is no matter what misconduct you are faced with make sure you deal with it in a considered way and in accordance with your policy.”

Enrico Burgio, associate in the employment law department at Maurice Blackburn, says the case demonstrates employees should exercise caution in how they go about complaining about matters relating to their employment.

“Employees should not assume that because they are ‘blowing the whistle’, that they are always going to be protected under the law,” he says.

Burgio says while it is unlawful under the Fair Work Act to discipline or dismiss an employee because they have complained (or propose to complain) about their employment, this protection is not absolute.

“If an employee encourages others to complain to the media or politicians, and this has the potential to harm the employer’s reputation and interest, it may constitute a valid reason for dismissal,” he says.