Energy retailer hit with $80,000 fine for signing customers to contracts without consent 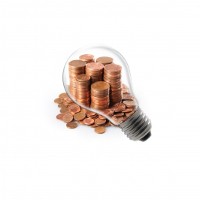 Energy retailer Simply Energy has been hit with $80,000 in penalties from the Australian Energy Regulator (AER) over claims it signed customers up to gas and electricity contracts without their consent.

Simply Energy has paid four infringement notices issued by the national regulator in relation to four instances in New South Wales and South Australia in which the AER believes the company did not have explicit, informed consent from customers that were entered into contracts.

The AER said in a statement the alleged incidents occurred in 2013 and 2014 when Simply Engery sales consultants made unsolicited phone calls to consumers to convince them to switch to Simply Energy from their current supplier.

The regulator says in each instance, the consumer on the end of the line was “vulnerable” and did not fully understand the purpose of the call.

One customer was an 88-year-old with hearing difficulties, while another was a 14-year-old.

“Retailers must ensure that consumers fully understand the energy offer being made to them and that they are able to give informed consent to enter into that contract,” said AER chair Paula Conboy in the same statement.

“The requirement to obtain explicit informed consent from customers is an important protection under the National Energy Retail Law.”

Simply Energy reported the incidents to the AER as a result of its reporting obligations under the Retail Law and National Energy Retail Rules.

However, the payment of an infringement notice is not considered to be an admission that the rules have been breached.

A spokesperson told SmartCompany the company alerted the AER to the issue as soon as it became aware and has co-operated fully with the regulator’s investigation.

“We have taken all appropriate steps to ensure affected people have not been disadvantaged,” the spokesperson says.

“Simply Energy has enhanced relevant processes to reduce the likelihood of these issues reoccurring.”

Other energy suppliers have also paid penalties this year for not obtaining explicit informed consent from customers to enter contracts.

In March, EnergyAustralia was penalised $500,000 by the Federal Court for not obtaining the necessary consent before transferring 27 consumers in South Australia and the Australian Capital Territory to new energy plans.

“I think they’ve definitely had a focus on the energy companies. Not just in terms of unconscionable conduct, but also unsolicited consumer agreements,” Harris said in March.

“If you’re dealing with consumers on an unsolicited basis, if you’re making appeals to them, you need to understand all the laws that apply to that sort of conduct.”

Harris said any business that may be dealing with vulnerable consumers must also be careful.

“Anyone dealing with consumers who have some sort of obvious inability to understand English or understand what they’re committing to, need to be particularly wary,” he said.

Lauren Moroney, senior lawyer at LegalVision, agrees, telling SmartCompany today this case represents an important lesson for all businesses, especially those that deal with consumers.

“You need to ensure you provide your customers with sufficient opportunity to review your contract and have their informed consent, preferably in writing, before entering into any given contract for the sale of goods or services,” Moroney says.

“Obtaining a copy of their driver licence or another form of identification is also strongly recommended.”

Moroney says businesses that sell goods and services to consumers must ensure they comply with the Australian Consumer Law (ACL).

“Failure to comply with the ACL can result in significant penalties and enforcement action against a business so it is really important for a business to fully understand its legal obligations,” she says.

Moroney also recommends businesses have in place well-drafted terms of trade and to complete the necessary due diligence with customers to ensure all contracts are properly entered into.