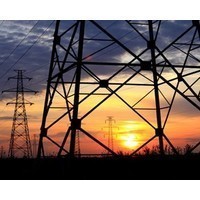 A company that provides technology and engineering services to blue chip clients in the coal industry, including many coal-fired power stations, has gone into voluntary administration.

HRL is a public unlisted Australian-owned company that specialises in energy, technology, technical services and project development. The company operates from 12 sites and employs around 500 staff across the country.

HRL Limited’s business operations include new technology development such as “coal gasification and waste to energy plants” and its subsidiary Driffield Energy has mining licences for reserves with an estimated 330 million tonnes of brown coal in Victoria’s Latrobe Valley.

Ian Carson, Craig Crosbie and Stephen Longley of PPB Advisory were appointed as administrators of the company and its associated entities on October 27.

The first meeting of creditors will be held in Melbourne on November 9.

Urgent expressions of interest are now being sought to acquire the business and assets of HRL Technology, the technology arm of the company, according to an advertisement in the Australian Financial Review today.

The ad describes HRL Technology as one of “Australia’s leading providers of engineering, consulting and testing services to the power, coal, energy, resources and manufacturing industries”.

HRL Technology employs specialist engineers and scientists at the company’s laboratories and testing facilities in Mulgrave, Morwell and Brisbane.

The subsidiary served a “strong client base of largely blue chip corporates including the majority of coal fired power stations”, according to the notice and recorded revenue for the 2014-15 financial year of $17 million.

In a statement provided to SmartCompany, PPB Advisory said a large portion of the entire HRL Limited workforce will continue on as per normal while the administrators undertake an urgent assessment of the business.

PPB Advisory partner Stephen Longley said the administrators will continue to liaise with parties that express an interest in the purchase of the business and assets.

“In our role as administrators of HRL Limited, we will be capitalising on the work already underway, including the potential sale of existing parts of the group as a going concern,” he said.

“I’d like to recognise the efforts of the directors and management team of HRL who have made every effort to restructure the group and undertake a sales process.

“We intend to build on this to achieve a positive outcome for stakeholders.”