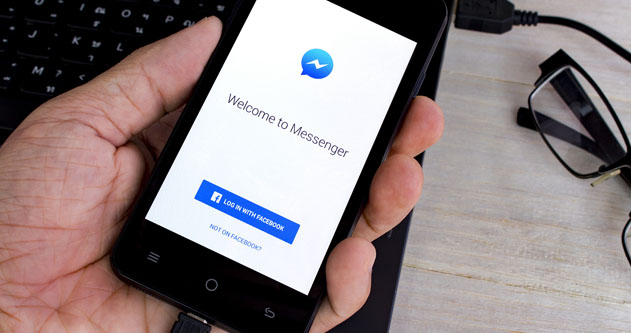 A worker fired for publishing a negative (and private) post about her employer on Facebook has won an unfair dismissal bid after the Fair Work Commission (FWC) found her sacking was “harsh”.

However, in a ruling which further clarifies the FWC’s stance on the rights of employees and businesses in the domain of social media policies, the commission found the worker was dismissed for a valid reason.

The worker, a longstanding employee of over a decade with no prior record of disciplinary action, was fired after allegedly breaching her employer’s social media policy, having posted negative material about the company on Facebook.

While the post was private, one of a handful of colleagues the worker was friends with shared the post around the office, a development the commission said caused the worker to become the topic of discussion among co-workers and one of the company’s clients.

This, the commission found, meant the post violated a social media policy the worker had signed, essentially promising “not to intentionally do anything that is or maybe harmful to the company”.

However, while finding the post was a “valid” reason for dismissal, the commission also gave consideration to several other circumstances, namely that the worker had a withstanding medical condition they were receiving WorkCover payments for.

The worker had alleged the business sacked them not because of the post, but due to the WorkCover payments they were receiving, although the commission found this claim was not substantiated.

It’s worth noting that in order to substantiate this claim, the worker would likely have had to identify a ‘smoking gun’, or some documented record of her employer communicating this view in writing.

The worker had taken issue with new managers of the business they had worked for, particularly the way in which the company handled the death of another employee previously, which caused the worker distress.

“The Facebook post was a single event, and did not result in any financial harm to [the business]. I accept it resulted in disharmony in the workplace,” the commissioner hearing the matter said.

“In my view, the sanction of dismissal in the light of [the worker’s] medical condition,
length of service, the lack of any previous performance issues, was not a proportionate outcome.”

Speaking to SmartCompany about the case, Workplace Law managing director Athena Koelmeyer said the FWC has historically ruled in favour of employers when it comes to alleged breaches of workplace policies, such as social media rules.

“Once something is on social media it’s never private,” Koelmeyer says, noting the capacity for online posts to escape beyond the control of the original poster’s intent.

“The commission has a pretty long pattern of supporting compliance with employer policies.”

Koelmeyer says “harsh” is a subjective term, which means the commission member presiding over the case had some degree of discretion in making their determination.

“Employers need to be able to show the commission they’ve taken into account any psychological conditions workers have,” Koelmeyer says.

Social media at work in the headlines

Social media at work has been making headlines recently, amid an ongoing court battle between rugby player Israel Folau and his former employer Rugby Australia over his sacking for Instagram posts wishing eternal damnation on members of the LGBT community.

In that case, Rugby Australia has argued it sacked Folau for breaching its social media policy, but Folau is making his case under section 772 of the Fair Work Act, which prohibits terminating a worker on the basis of religion.

Folau’s line of argument makes the cases different, but both highlight the growing role social media plays in the lives of Australians, inevitably blurring the lines between the personal and the professional.

Earlier this month, a public servant lost a High Court bid fighting allegations that tweets she sent that were critical of the federal government breached the public service’s Code of Conduct.

The worker argued she was unlawfully fired from the Department of Immigration and Border Protection in 2013 after her anonymous Twitter profile was uncovered.

Her case rested on the claim her sacking impeded her implied right to freedom of political communication, but the High Court unanimously agreed this was not the case.

While both these cases are different from the FWC’s most recent decision, they further highlight the tension between an employer’s interest in restricting the social media communications of their workers and freedom of expression.

Social media is a part of the world wide web, which is collectively owned by the global population, companies, governments have no common right to determine what can be published on social media , as long as the poster is not transgressing any terms of service it is the free space of public speech.