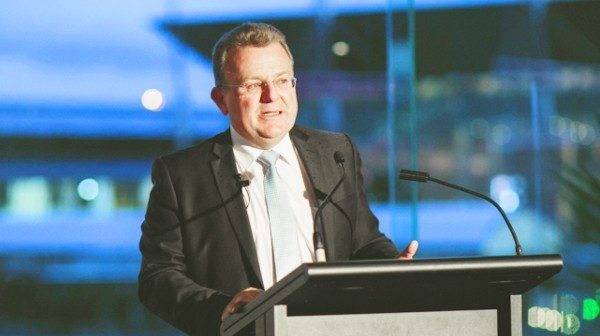 A set of recommendations to overhaul small business unfair dismissal processes at the Fair Work Commission has received widespread support from industry, as part of an ongoing push to increase simplicity and reduce costs for Australia’s SME owners.

The report, conducted by former Liberal Small Business Minister Bruce Billson, was released quietly by the Commission earlier this month, and includes a number of suggestions to improve the unfair dismissal process for small businesses.

The report claims being served a hearing notice as an SME can be a “very distressing experience”, and the costs, both legal and in time away from the business, are unsustainable for SMEs. This is especially the case claims are then immediately thrown out by the Commission because they are invalid.

A triaging service would ensure cases brought against businesses include minimum levels of information and satisfy threshold jurisdiction issues. Then, if a claim satisfies these requirements, a “plain English” letter would be sent to both the employer and employee informing them of the hearing, and a “brief, but reassuring call” would be made to the business to explain their obligations.

Additionally, the report suggests a formal ‘Small Business Division’ be set up within the Commission, led by a member of the Commission, to operate similarly to other SME divisions in government bodies such as the Australian Taxation Office and the Fair Work Ombudsman.

Finally, the report also recommends ongoing consultation with SME owners over the process and better dissemination and construction of resources around unfair dismissal issues for small business owners. This includes a simplification of language in modern awards and better methods for SME owners and employees to interpret them.

“The Commission should perform a stocktake of its information resources in terms of format and content to examine whether they meet the needs of smaller employers. Improvements to content, format and dissemination of information resources should diminish the risk of process friction and delays that arise from a self-represented smaller employer not knowing or understanding the process they are involved in,” the report suggests.

Speaking to SmartCompany, Billson says he is confident the Fair Work Commission has a “genuine desire” to make the system better for small business, and he’s optimistic the recommendations in the report would earn the Commission’s support.

“The Commission President made it clear to me when he asked me to undertake this work that he wanted the FWC to better engage and connect with small business, and to find practical ways to achieve this,” Billson says.

“I worked very collaboratively with the Commission staff on exploring what was possible within the existing legislation, and I’m optimistic my report provides a pragmatic blueprint for how the Commission and the laws it implements can work better for small business.”

Billson says one of the major concerns raised through his consulting period for the report was the Commission’s perceived “one size fits all” approach, which assumes all employers are big businesses with full HR teams and specialist lawyers, things small businesses often lack.

“Smaller employers don’t have teams of specialists and huge resources available like behemoth workplaces, so they need to be treated differently while ensuring that fairness and proper safeguards are preserved. The report recommends how the FWC could do this working within the current laws,” he says.

“Some of the case studies shared with me involved extraordinary cost, great personal distress, frightening amounts of time and the gaming of processes for no other reason than someone wanting to make the whole experience so horrible that the small employer would pay ‘go away’ money just to end the ordeal.”

“More helpful resources, simpler and more reliable ways of interpreting complex awards and making it easier and more predictable for small workplaces to embrace flexibility mechanism would all produce significant savings for SMEs.”

Fair Work Commission president Iain Ross is expected to respond to Billson’s Working Better for Small Business report on Monday. Speaking to SmartCompany, chief executive of the Council of Small Business Australia (COSBOA) Peter Strong threw his support behind the recommendations, but questioned how they would fit within the “structure” of the Commission.

“The FWC is a different beast, has a different structure from most government agencies. It’s a legal structure, so Iain [Ross] doesn’t have staff he can boss around,” says Strong.

Despite this, Strong says anything that simplifies unfair dismissal processes for small business owners is a “very good” thing. In particular, he believes the recommendations about triaging claims are “vital”.

Strong is also big on the proposed methods to simplify modern awards, which he says would not only improve things for small business owners but also their employees.

“We want a system where if I want to employ someone we can both look at a screen with an award and see the same thing. It’s not ambiguous, not time-consuming, and we both know the amount of money we’re paying and being paid,” he says.

“We just want some ease in understanding when it comes to managing the workplace.”

The idea of a small business division within the Fair Work Commission is also one that Strong supports, specifically its proposed triaging and filtering powers. He claims that along with having to take time off from their business to attend a hearing, it can cost small businesses on average of $6,000 just to respond, even if the claim is found to be invalid.

“That’s $6,000 out of pocket for a family-run business, and they might have done the right thing in dismissing someone but failed to get it on camera or done the right documentation,” he says.

“We need to get more simplification in processes and awards, and this would be a win for employees as much as employers.”

NOW READ: What you can learn from unfair dismissal cases that get dismissed