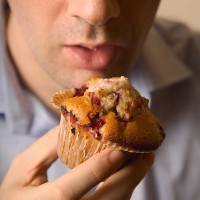 The operators of two Melbourne Muffin Break franchises have agreed to reimburse a Chinese student more than $19,000 as part of an enforceable undertaking with the Fair Work Ombudsman.

While enforceable undertakings with the employment watchdog are often entered into by large businesses, in this case the ombudsman said the option was available because the franchisees “demonstrated a high degree of co-operation”.

An investigation by the Fair Work Ombudsman found the Muffin Break franchise at Doncaster shopping centre, operated by franchisee Ausnutrie Pty Ltd, and the Muffin Break franchise at the Eastlands shopping centre in Ringwood, operated by franchisee Austrirocks Pty Ltd, employed the same 24-year-old Chinese student on a casual basis between January 2012 and September 2013.

Austnutrie is joint owned by Jian Liu and Qi Wang, while Qi Wang is the sole director of Austrirocks.

The student, who was on a 572 student visa and contacted Fair Work for help, was found to have been paid a flat hourly rate of as low as $10, which was below the Restaurant Industry Award.

The worker was also not paid casual loadings and penalty rates for work on Saturdays, Sundays and public holidays.

The two franchises have agreed to repay those full amounts to the student, as well as provide a written apology.

As part of the enforceable undertaking, they have also agreed to post a notice in the workplaces advising other employees of the contraventions, make a public commitment that the behaviour will not happen again, undertake workplace training and self-audit their employees’ wages for the next two years.

Co-owner of Ausnutrie and owner of Austrirocks Qi Wang declined to comment when contacted by SmartCompany, but John Macphail, national brand manager for Muffin Break, told SmartCompany the company is “most concerned about this occurrence with one of our franchisees in Victoria”.

“Muffin Break has strict guidelines and procedures in place regarding workplace relations and we pride ourselves on observing good work practice and being an employer of choice,” Macpahil says.

“We have a regular follow-up process with all Muffin Break franchisees and their employee obligations and this incident is regrettable. We have taken measures to ensure all our franchisees are reminded of their obligations.”

Rachel Drew, employment, industrial relations and workplace safety partner at TressCox Lawyers, told SmartCompany enforceable undertakings can be accepted by the Fair Work Ombudsman from companies of any size and there are no restrictions that mean the option is only available for large companies or in cases where there is reputational concerns.

However, Drew says enforceable undertakings usually require some form of acknowledgement from the company that a contravention has occurred, as well as a commitment to improve future behaviour.

“It will also consider the cost of running a court claim.”

Drew says this case highlights the need for employers to understand the operation of penalty rates, as well as the ombudsman’s willingness to protect vulnerable workers, such as students on holiday visas.

“The main issue in this case was an employer assuming a single, low rate of pay was acceptable for work at any time of the day and any day of the week,” she says.

“Most employers would be aware that out of hours work and weekend work needs to be paid differently.”

*This article was updated at 2.16pm on October 13 to include a response from Muffin Break.