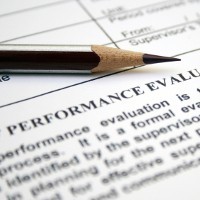 A lawyer for the Bank of Queensland has lost a bullying claim she brought after being placed on a performance improvement plan (PIP).

Annie Mac was placed on the PIP by the Bank of Queensland after concerns were raised she was too slow in completing work and failed to achieve the right balance between “the need to be commercial vs perfection”.

Mac says when she was placed on the PIP she had a physical reaction and “felt ill”.

“I felt powerless as if there was nothing I could do about it,” she says. “I felt like crying but could not because I work in an open plan environment.”

Mac brought an application to the Fair Work Commission to stop bullying claiming that she was bullied by five of her colleagues after being placed on the PIP.

But Fair Work Commission vice president Adam Hatcher declined to accept Mac had been bullied and said the Bank of Queensland’s decision to place Mac on a PIP was not unreasonable.

The Fair Work Commission found shortcomings in Mac’s performance had been identified by her managers over a considerable period of time.

He found Mac had not alleged her colleagues had engaged in any of this behaviour and as a corporation the Bank of Queensland could not have engaged in bullying under the terms of the legislation.

A spokesperson for the Bank of Queensland declined to comment to SmartCompany.

Employment lawyer Peter Vitale says the basis on which the claim was dismissed was the PIP and performance criticisms were found to be not unreasonable.

“One very important aspect of this decision is the acknowledgment by the commission that processes don’t have to be perfect and don’t have to meet some idealistic notion of what a proper PIP should be as long as it can be considered reasonable,” he says.

Andrew Douglas, partner at M&K Lawyers, told SmartCompany the case demonstrates that employers should not be afraid of performance managing employees.

“All the cases on bullying show the Fair Work Commission has a very robust view on what is performance management and believe employers must be able to have authority over the way people behave, and if they use appropriate processes they will back the employer every time,” he says.

“All the fears people have about this jurisdiction making it impossible for people to manage people; I think we can put that to rest.”

“Always look objectively at the behavior and don’t get distracted by the noise and personal relationship issues that sit around it,” Douglas says.

2. Put the right processes in place

“Ensure you have the right processes in place such as appropriate policies and procedures,” he says.

“Make sure the person who is going to undertake the performance management is skilled at it.”

“Always be generous to the affected employee as there is no upside to being rude to them,” Douglas says.

“If you are going to performance manage, why not be nice?”