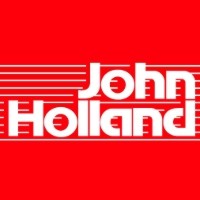 A former employee of construction and engineering firm John Holland has been awarded compensation and full redundancy entitlements after the Fair Work Commission found he was unfairly dismissed.

In a case that highlights the importance of workplace policies to support employees’ mental health, Fair Work found John Holland was aware the employee was suffering from serious mental health issues and should have taken more care when addressing his situation.

The company terminated his employment in December 2013 for alleged serious misconduct. This came after ongoing disputes regarding his work roster and emails, in which he claimed John Holland management was trying to harm him and his family. Salazar had threatened to take his story to Today Tonight or 60 Minutes and the then prime minister Kevin Rudd.

But Fair Work sided with Salazar and found it was unreasonable for John Holland to conclude the employee had engaged in serious misconduct when sending the threatening email, as the company had evidence of his illness and the medications he was taking in the form of medical certificates.

Commissioner Ryan found Salazar’s defence of his illness and medication provided a strong reason to excuse his conduct and John Holland should have given more consideration to this and his poor English skills when dealing with him.

Ryan ordered compensation be paid to Salazar as John Holland is no longer operating this division of its business and therefore reinstatement would not be possible.

Workplace lawyer Peter Vitale describes the case as “unusual” as Fair Work found “conduct which might ordinarily institute misconduct couldn’t be treated that way by the employer because the employee had engaged in that conduct while suffering from a mental illness”.

While Vitale says there are a number of other factors which influenced Fair Work’s decision, including some confusion between Salazar and John Holland about his qualifications, he says the suggestion an employer is not entitled to rely on the threatening email as serious misconduct “runs counter to the sort of approach taken by the High Court in relation to anti-discrimination laws in the Purvis case”.

Vitale says the Purvis case involved a teenager who was expelled from his school on the basis of aggressive behaviour that was due to a medical condition. The student claimed he was discriminated against because of his condition. However, the school argued it was not discriminating against him because anyone else acting in this way would have been treated in the same way. The High Court agreed and said the student’s behaviour should be treated in the same way as the behaviour of other students who do not suffer from an illness.

Vitale says there are parallels with the Salazar case.

“It may be that in the circumstances of an unfair dismissal case, the company should have had more regard to the state of the employees’ health. But it would be wrong to see this decision as a blanket endorsement for the proposition that conduct engaged in while suffering mental health issues should be completely disregarded for potential misconduct by any employer,” he says.

However, Vitale says this case highlights the importance of placing an employee’s behaviour in context.

“In the contest of the unfair dismissal regime regarding a fair go all round, it is incumbent on an employer to look at the nature of the conduct and the extent to which it may be influenced by ill health, and work with the employee and medical practitioners to determine whether or not it is likely to happen again,” says Vitale.

SmartCompany contacted John Holland but the company declined to comment.