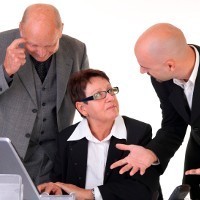 Tobacco retailer Freechoice has hit out at Australia’s “very broken” workplace relations system after the Fair Work Commission ruled one of its former employees was unfairly dismissed despite being responsible for a botched order from a supplier that cost the company more than $600,000.

Kim Evans was hired as the store manager of the Freechoice outlet in Bentleigh, Victoria, in September 2012 but had her employment terminated in October 2014 due to a number of performance-related issues.

Evans received a number of warning letters from her employer, including a letter on July 16, 2013, about failing to check stock deliveries to her store on multiple occasions.

In July 2014, Evans was found to have incorrectly charged major client, AA Holdings, to the value of $600,000 when she mistakenly invoiced the company for 650 units of a product when only 50 units were delivered. This was followed a month later by an incident in which Evans was told to place another order with AA Holdings but failed to follow up on whether the order was received.

A second warning letter was sent to Evans in September 2014 and that letter referred to both incidents with AA Holdings and a month later Evans received a letter informing her that her employment had been terminated. That letter referred to two more incidents, which Freechoice said demonstrated Evans’ “unacceptable behaviour, attitude and poor performance”.

However, the Fair Work Commission ruled against Freechoice, with Commissioner Michelle Bissett finding the termination of Evans’ employment was harsh, unjust or unreasonable and ordering Freechoice to compensate her $24,098.88 plus 9.5% superannuation in compensation.

Given the circumstances, Bissett said it would not be appropriate to reinstate Evans.

Commissioner Bissett said she was not “convinced that the errors demonstrate some systemic problems with [Evans’] performance such that they provided a sound a defensible reason for the termination”.

Instead, Bissett said Freechoice failed to provide Evans with support she sought from her supervisors, including additional resources, and was only given a “limited period” to improve her performance.

But Freechoice human relations manager Suzanne Ozioko has slammed the “very extreme” decision, which she told SmartCompany is an “extremely disappointing outcome”.

Ozioko says Evans was performance managed for a substantial period of time and there were “ample reasons” for her employment to be terminated. She said Freechoice is still “micro-managing” the relationship with AA Holdings after the invoice incident, the value of which amounted to the level of profit from that one store.

Ozioko says Freechoice also rejects the amount of compensation ordered for Evans, which she says was able to quickly find employment with another company.

“[Evans] moved on from our company six months ago or longer and we’re still dealing with the aftermath,” Ozioko says.

“We’re the victim of a very broken system.”

Ozioko says Freechoice probably could have saved money if it had chosen to settle the case with Evans earlier but decided to defend its actions “as a matter of principle”.

She says it is extremely difficult for small and medium-size Australian businesses to win a case before the Fair Work Commission and the end result is employers being “afraid to performance manage” employees out of fear for what could happen to their company.

“We’re dealing with a very broken system on an ongoing basis,” she says.

Workplace lawyer Peter Vitale told SmartCompany the evidence presented to the commission shows three areas of difficulty on the part of Freechoice.

“First of all, the employer didn’t appear to raise the issues [with Evans] quickly enough,” Vitale says.

“Secondly, when the issues were raised, the employee was only offered a short time to rectify the performance issues.”

“Thirdly, they didn’t offer the employee appropriate support in the view of the commission and there was a suggestion that the employer failed to give [Evans] adequate instruction.”

“If the employer had handled this in a different way, there could have been a very different result.”

Vitale says employers must act quickly if they believe an employee is underperforming.

“The lessons really are, if you have genuinely serious performance concerns, then you need to demonstrate how serious they are by raising them quickly and comprehensively,” he says.

Vitale says employers must also be able to show they have offered their employees appropriate training and support, and “offered them a reasonable period to rectify performance difficulties”.

Vitale says Fair Work will determine what constitutes a “reasonable” time period based on a range of factors depending on the circumstances of the individual case and there is no set period of time all employers must give employees.

And the range of factors can be quite broad, says Vitale, saying the commission will look at how long an employee has been working for the company, the difficulty and frequency of the task they have been asked to complete and the amount of training they have previously received.

Finally, Vitale says it is essential for employers to be able to substantiate any claims made about an employee’s performance.

“The commission noted for instance the employer identified insubordination as a concern in its warning letters [to Evans], but it provided no evidence of insubordination,” he says.