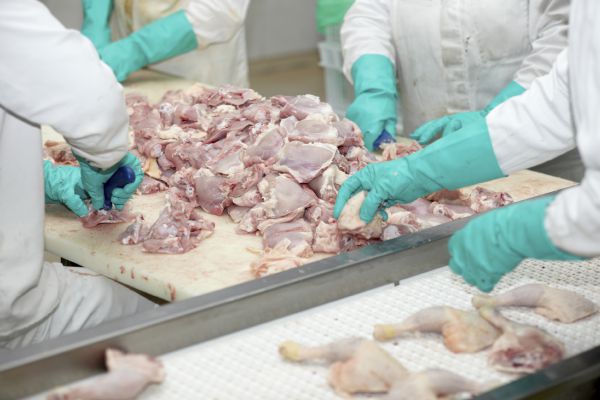 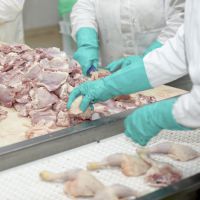 Fair Work Ombudsman Natalie James is calling on the nation’s largest poultry provider to publicly declare it has “an ethical, moral and social” responsibility to clean up the practices at its work sites, following the release of a damning report by the ombudsman into the Baiada Group.

Fair Work launched its investigation into the poultry producer in November 2013 after receiving complaints from workers who said they were being underpaid, forced to work extremely long hours and required to pay excessive rent for employee accommodation that was overcrowded and unsafe at three Baiada poultry processing sites in Beresfield, Hanwood and Tamworth in New South Wales.

Similar complaints were levelled against the company by the Australian Meat Industry Employees’ Union and local community groups, and the company’s practices have been the subject of investigative reports by ABC programs, Lateline and Four Corners.

The investigation has backed up many of these claims, with Fair Work concluding a labour pool made up of predominately overseas workers on 417 working visas were exploited.

The employment watchdog also found widespread non-compliance with federal workplace laws and supply chain governance arrangements that were either very poor or non-existent.

Releasing the findings of the lengthy inquiry, James invited the company to enter into a compliance program with her office.

“I am deeply concerned by the findings of this inquiry, particularly the behaviour of Baiada and its contractors who failed to engage with us about serious concerns about compliance with workplace laws on the company’s sites,” James said in a statement this morning.

“In my view, Baiada and others in this supply chain now need to consider the legal, moral and ethical implications of continuing to operate in a manner that fails to deliver workers their minimum entitlements.”

James’ report found employees working at the Baiada sites are not being paid their lawful entitlements and “hundreds of thousands of dollars” could not be accounted for in a complicated supply chain, which includes multiple contracting firms that have since closed or been placed in liquidation.

Fair Work uncovered up to 34 entitles in the supply chain, including six principal contractors and at least seven other second-tier entities, some of which then sub-contracted work to two or three other entities.

The system did not include written agreements and was therefore operating “on high levels of trust”. But during the course of the inquiry, four of the six principal contractors and 17 other sub-contractors stopped trading.

Fair Work said Baiada and its labour-hire companies did not co-operate with the inquiry and in some cases, either failed to provide “significant or meaningful” documentation or produced documentation that was inaccurate or fabricated.

Fair Work inspectors concluded much of the work done at the three processing plants was completed “off the books” and the amount of money allegedly paid to contracting companies did not match the number of workers they provided.

The ombudsman has also raised concerns about how overseas workers were recruited by the labour hire companies to work at the Baiada plants, with applicants asked for details of their nationality, height and weight. The job ads were found to be potentially discriminatory.

As a result of the inquiry, Fair Work has made a series of recommendations for Baiada, including commissioning an independent, external specialist to review its labour-recruitment practices and implement policies and protocols to improve its governance arrangements.

Fair Work also wants to see Baiada introduce an electronic time-keeping system to properly record its workers’ start and finishing times; ensure its sub-contractors are able to properly identity all workers; set up a formal complaint and dispute resolution process; and prepare induction materials for workers.

Baiada has responded to the report by saying “most” of the recommendations made by the ombudsman are already in place or are being initiated.

“We have already responded to the report’s authors in detail and look forward to meeting them to provide an accurate account of our company’s operations,” Baiada said in a statement.

Baiada said it is “deeply concerned by the reports that came to light detailing workers poor treatment at the hands of some contractors”.

“Like many businesses across Australia, Baiada uses contract labour for some of its operations,” the company said in a statement.

“At all times we expect that those contractors will conduct their activities in accordance with the relevant legal and ethical standards, and in particular workplace laws or requirements.”