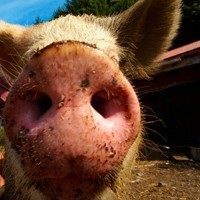 A smallgoods business in South Australia has been fined more than $10,000 for potentially misleading consumers about about the origin of a batch of its bacon.

Conroy’s Smallgoods, a family-owned Australian manufacturer of premium quality hams, bacon and smallgoods, paid a $10,200 penalty after receiving an infringement notice from the Australian Competition and Consumer Commission about an alleged breach of Australian Consumer Law.

The ACCC alleges Conroy’s Smallgoods made misleading representations about the place of origin of the company’s Breakfast Bacon, when it sold a batch of imported bacon with a label attached saying ‘Product of Australia’.

According to the ACCC, the imported bacon product was supplied in a one-off, 1020kg shipment to a Western Australian wholesaler in February this year.

In addition to the penalty, Conroy’s has agreed to publish a correction on its website, establish a competition and consumer compliance program and enter a court enforceable undertaking to ensure it does not misrepresent any of its products in the future.

ACCC chairman Rod Sims said it is “crucial” that businesses provided accurate information about the place of origin of the goods it supplies.

“False claims of this kind not only mislead consumers but can also disadvantage competing suppliers, particularly those who source local ingredients for their products,” he says.

Conroy’s Smallgoods joint managing director Andrew Conroy told SmartCompany this morning the imported pork, which originated in Denmark, was not meant to have the “Product of Australia” label.

“It was a one-off mistake, the wrong label was put on the product,” he says.

Damin Murdock, principal lawyer at MurdockChen Legal Practice, told SmartCompany the ACCC is alleging the company was in breach of particular parts of Australian Consumer Law which deal with misleading and deceptive conduct.

But Murdock says the $10,000 fine, while significant, is not as high as it potentially could have.

“This penalty applies to a one-off event, which would suggest there wasn’t any evidence they had done it previously,” he says.

Murdock cited a widely known case involving a company who promoted their ‘ugg boots’ as Australian made and was ultimately ordered to pay more than $330,000 for a similar breach of the Australian Consumer Law.

Murdock thinks paying the $10,000 fine, while a significant amount of cash, would make sense for Conroy’s as a small business rather than contesting the penalty.

“When you’re looking at a fine around $10,000 and then the legal fees of taking it to court, it’s not worth defending,” he says.

“It would make most sense for company to pay the penalty.

“So although possible there was a defence available to Conroy’s from commercial reality, they probably made the best commercial decision to resolve it amicably.”