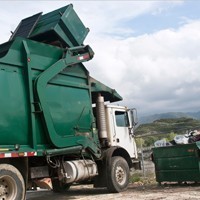 A family business in Melbourne has been hit with a $7500 fine after the Federal Court found it had sacked an employee in part because he queried his rate of pay.

Cardinia Waste & Recyclers, which specialises in waste removal services, was found to have terminated a casual truck driver’s employment on the same day he insisted he should be paid more generous penalty rates in line with the relevant industry award.

However the family business claimed it sacked Steven Kennewell because of serious misconduct and unsatisfactory workplace performance.

Cardinia Waste & Recyclers claimed the former employee had taken too long to perform his duties, kept disappearing from work and refused to wear high-visibility clothing.

Federal Court judge Richard Tracey said in his judgment these claims justified the dismissal “to some extent”.

However, the judge said Kennewell should have been given a formal warning before he was sacked.

“Mr Kennewell, for example, conceded that he may not have, on occasions, secured the tarpaulins on his truck,” Tracey said.

“He attributed this to difficulty in reaching the tarpaulin knots. He also conceded that he had been asked, at least once, to put on a fluorescent vest which he should have been, but was not, wearing in the yard. He was not, however, at any time reprimanded or given a formal warning in respect of any of these matters.”

As a result, Cardinia Waste & Recyclers was ordered to compensate Kennewell $2900 despite the fact that the court found it was “highly likely” his employment would have been terminated at some part due to workplace performance.

The family business was also slapped with a $7500 fine, with the court ruling it was not appropriate for Kennewell to be reinstated.

Swaab Attorneys partner and workplace relations expert Warwick Ryan told SmartCompany what happened in this case is a common occurrence in workplace disputes.

“That’s not always the case, but you can get a poor employee asserting their workplace rights and so therefore it blurs the line.

“One of the key lessons out of this is there were no documented warnings. If they’d had a series of documented warnings leading up to the determination of poor performance, rather than conversations on the run, they would have been in a better position to argue the reason for the determination was the history of conduct and poor performance. The case ultimately turned on that.”

Ryan says the other lesson for small business owners is that not complying with the relevant industry award can put you in a vulnerable position when dealing with poor performers.

“If you don’t’ comply with an award, in the end it will catch up with you,” he says.

“Often the employee that will bring you undone is going to be the employee you’ve shown the greatest grace to or has been the worst performer, or both. It makes it not only financially but also emotionally galling.”

SmartCompany contacted Cardinia Waste & Recyclers but did not receive a response prior to publication.