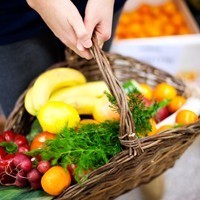 A gourmet food company that delivers produce to small businesses across NSW has gone into voluntary administration.

Fearocious Buying Co, which trades as The Fearocious Feed, has been distributing food products and ingredients to restaurants, delis, cafes and caterers since it was founded by owner Ian Feary in 1997.

Feary built up the network of small business operators that the company supplied to and expanded operations from Sydney’s CBD to other parts of NSW and the Australian Capital Territory.

Graeme Beattie and Aaron Lucan of Worrells Insolvency were appointed as administrators of The Fearocious Feed on August 14.

The first meeting of the company’s creditors will take place in Parramatta on August 26.

Lucan confirmed to SmartCompany this morning the business is still trading but was not able to provide further details.

“We are currently trading the company’s business for a limited period in order to assess the financial position and ongoing viability of the business,” Lucan says.

SmartCompany contacted The Fearocious Feed but did not receive a response prior to deadline.