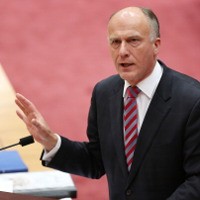 Federal Employment Minister Eric Abetz is pushing ahead with plans to introduce an independent appeals body for the Fair Work Commission, with the move criticised by both the federal opposition and the Law Council of Australia.

The news follows a string of recent unfair dismissal cases won by employees due, in part, to the Fair Work Commission finding business owners failed to adequately implement or document a procedure for terminating staff.

The cases have included a truck driver who urinated on a Woolworths warehouse, a marijuana smoking ferry driver, a childcare worker accused of smacking a two-year-old child and Qantas flight attendants who allegedly misused their Cabcharge cards.

In a policy document issued before the last election, the Coalition promised to “keep and improve the Fair Work laws – including the independent umpire”, but stated it would “continue the improvement of the Fair Work Commission”.

“We believe it is crucial that our workplace relations system is supported by an efficient and modern tribunal which promptly provides effective and consistent decision-making. This will include giving active consideration to the creation of an independent appeal jurisdiction,” the policy stated.

In a statement to SmartCompany, a spokesman for Minister Abetz confirmed the government is still committed to creating the appeals jurisdiction.

“The government committed in its Policy to Improve the Fair Work Laws to give active consideration to the establishment of an appeals jurisdiction. The government is carefully considering this matter, consistent with its election commitment,” the spokesman said.

However, the proposal has been attacked by shadow employment and workplace relations minister Brendan O’Connor, who told SmartCompany the move would end the independence of the Fair Work Commission and create a new layer of bureaucracy.

“By creating and appointing its own appeals body with the power to overturn full-bench decisions of the Fair Work Commission, the Abbott government would turn the independent umpire into a partisan body,” says O’Connor.

“There is already a strong appeals process for decisions made by the Fair Work Commission, including a full-bench review, the Federal Court of Australia and, in rare circumstances, the High Court.”

“This proposed change is nothing more than another crude attempt by the Abbott Government to attack workers’ rights and entitlements.”

The criticism has been echoed by Law Council of Australia industrial law committee chairman Ingmar Thornton in advice provided to Abetz and republished by Fairfax Media, saying the move could “undermine the standing of the commission”.

“Such action could reasonably be portrayed as being taken to enable parliament or the executive to appoint tribunal members that they prefer to favour a particular outcome or ideological position,” Thornton said.