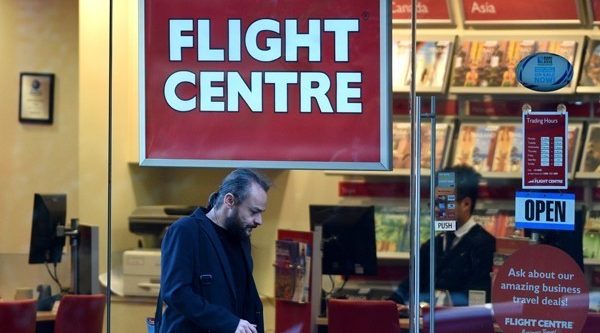 Flight Centre says it is “surprised and disappointed” by the ACCC’s decision to launch a further appeal about price-fixing claims.

On Friday the ACCC indicated it will fight a decision which saw Flight Centre win an $11 million legal battle over price-fixing claims, with the government agency saying it is seeking special leave of the High Court to appeal the decision.

ACCC chairman Rod Sims said the consumer watchdog, which alleges the company tried to induce three international airlines into price-fixing arrangements, is concerned that, if successful, Flight Centre’s actions were “likely to have meant that consumers would not have seen the benefit of competition through lower ticket prices offered online by the airlines concerned”.

“This case also raises important issues for the application of competition laws in Australia in the future, as online offers are increasingly being made directly to consumers by both agents and their principals,” Sims said.

Flight Centre responded with a statement to its shareholders on the ASX, with managing director Graham Turner saying the decision in Flight Centre’s favour was “unanimous”.

“We are disappointed that the ACCC has chosen to continue this action and are surprised the ACCC has not accepted the clear and unanimous judgment of a Full Court,” the statement said.

“We will of course, oppose the action and continue to vigorously defend our position.

“We are not in the business of attempting to make airfares more expensive and we will continue to seek access to all fares to ensure the millions of customers that we serve are not forced to pay more for their flights.”

Santiago De Silva, managing partner at The Dream Lawyers, told SmartCompany this morning he believed the main issue is whether Flight Centre directly or by its conduct created price-fixing arrangements.

“If there are any question whatsoever, it is a good thing for High Court to decide it,” he says.

“I don’t believe ACCC is in the habit of doing something for no reason, it is responsible for protecting rights of consumers and ensure pricing is competitive and no collusion going on.”

He says what happens next will be interesting, with special leave applications “difficult to say the least”.

“The important thing to look at if special leave is granted, there are serious, important questions which need to be addressed,” he says.

“If refused, the ACCC can’t do anything further.”

He says hypothetically, if it is proven Flight Centre has entered into such arrangements, it would have a big impact on the travel agency’s business.