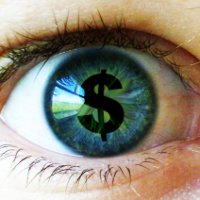 Following last week’s public hearing, the Senate Economics Legislation Committee is preparing to report on its inquiry into a government bill that would significantly water down the Future of Financial Advice (FOFA) legislation.

The legislation banned “conflicted remuneration” – commissions provided to advisers and financial planners by the producers of financial investment products such as banks and wealth management firms. FOFA also required bi-annual renewal of any ongoing fee agreements between investors and their planners on an “opt in” basis, and made it the duty of financial services providers to advise and act in the “best interests” of their clients.

The government argues the “streamlining” of FOFA will help to “cut red tape” and reduce costs to consumer investors. Unfortunately, while there is always room for fine-tuning new legislation to “streamline” it, the government’s proposals do far more. They seriously undermine the consumer protections in the FOFA legislation and, in some ways, take investors back to the pre-FOFA position.

Banks win under a ‘streamlined’ FOFA

While not attempting to reinstate product-based commissions for personal advice, the government’s bill does propose to allow them for “general advice”.

Bankers, planners and lawyers may understand the difference between “personal advice” and “general advice”, but the subtleties of this distinction may be lost on consumers in real-life situations. A bank employee may say to a consumer, “This product is very good for people (in general) of your age with your income/asset position,” without considering the consumer’s particular needs, objectives and financial situation. This is “general advice” only but under the current legislation, the employee still may not receive a commission if the consumer invests in the product as this would be “conflicted remuneration”.

The government proposes to exempt such “general advice” from the ban on commissions. Further, there will be almost no restrictions on commissions when the result of the conversation between the bank employee and the customer results in a basic banking product, general insurance or life insurance. Not surprisingly, this is one area where consumer groups agree with the Financial Planning Association of Australia (FPA) as the latter is concerned at the decline of properly remunerated personal advice and the total domination of a “sales culture” built on commission-driven “general advice”.

Where the consumer groups and the FPA part ways, however, is on the issue of bi-annual renewals. Currently, under FOFA, a planner or adviser who is receiving ongoing commissions, either from product issuers for old pre-FOFA investments, or directly from the client, must notify the client every two years and allow them 30 days to “opt in” and renew the ongoing fee arrangement.

Best practice for all

The government proposes removing this requirement and returning to the old pre-FOFA “opt out” situation. This is despite strong evidence, from many sources including ASIC itself, that large numbers of consumer investors are “inactive” and that many planners and advisers receiving commissions from these consumers or their investments don’t bother regularly contacting them to review them. Of course, “best practice” in the financial planning industry is to conduct such reviews, annually or bi-annually. FPA members who abide by its Code of Practice would do so.

It is surprising, therefore, for the FPA to oppose this requirement and to support the government’s attempt to “streamline” it away. Other financial services products, like house and car insurance, are renewed annually and consumers are given notice and opportunity to consider the product and shop around. Why not investments? Informed and updated consumers regularly considering their investment performance and their fee arrangements with their planners and advisers makes for a better-performing investment industry and confident consumers.

FOFA also repealed the requirement for advisers to have a “reasonable basis” for their advice and replaced it with the obligation to act and advise in the “best interests” of the client. This duty, however, can be satisfied if the adviser can prove they complied with a “checklist” of quite specific obligations followed by the general requirement to consider “any other step” that was in the client’s best interest. This last requirement is the only item in the relevant sub-section that actually mentions “best interest”. The government is proposing to remove this last “catch all” provision, saying it is too open-ended and “creates uncertainty”.

Most professionals have open-ended obligations which require the exercise of professional judgement. While their insurers produce checklists to help manage risks, these are no defence to a claim of professional negligence. Indeed, the principles of the law of negligence itself, which apply to everybody, not just professionals, are expressed in general terms such as “reasonable foreseeability”.

If financial planners and advisers want to be seen as a profession and to charge accordingly, they need to accept that not all their obligations can be neatly spelt out for them in a legislative checklist.

Paul O’Shea was commissioned to write an analysis for National Seniors Australia on the potential consumer detriments of the Commonwealth government’s proposals to “streamline” the Future of Financial Advice reforms. He is affiliated with Queensland Consumers and is a “Friend” (Honorary Life Member) of the Financial Counselling Association of Queensland. He is a member of the Investment, Life Insurance and Stockbroking Panel of the Financial Ombudsman’s Service. His private legal practice advises both consumers and financial services providers.