Fisher & Paykel fined $200,000 as misleading warranties come out in the wash 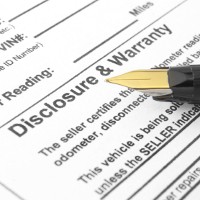 Appliance giant Fisher & Paykel has been hit with a $200,000 fine by the consumer watchdog over misleading customers into believing they needed to buy extended warranties for its products when they did not.

The Federal Court of Australia found the New Zealand-based company had engaged in misleading or deceptive conduct and made false or misleading representations to consumers concerning the need to purchase extended warranties, when products may have been already covered by remaining statutory warranties.

The Australian Competition and Consumer Commission began legal action against Fisher & Paykel and Domestic & General, the warranty provider that issued the extended warranty on behalf of the company, in 2013.

Each company was fined $200,000 by Federal Court Justice Michael Wigney for breaches of Australian Consumer Law on December 19, 2014.

The ACCC alleged Domestic & General sent around 48,214 letters to Fisher & Paykel customers who had purchased an appliance in 2011 and 2012, containing an offer to purchase an extended warranty for the product.

“Your Dishwasher is now a year old, which means you have 12 months remaining – after that your appliance won’t be protected against repair costs. Fisher & Paykel can help,” read the letter.

The letter offered customers a chance to purchase a new two-year warranty, on top of their original warranty.

Justice Wigney found the letter had breached the Australian Securities and Investments Commission Act, by making a misleading statement in a “prominent” position in the main text of the letter on the front page.

Wigney found references to remaining statutory warranties, which would potentially cover any broken appliances, were only included “in relatively fine print on the reverse side of the letter”.

Consumer lawyer Jon Gregerson, consultant at Finlaysons, told SmartCompany Fisher & Paykel had breached sections of the Australian Securities and Investments Commission Act, because they made the offer a year after the supply of goods.

But Gregerson says if the appliance company had made the offer at the time of the supply of goods, it would have also been potentially in breach of the Australian Consumer Law Act.

“The only thing they really did wrong was to say that after two years the goods would not be covered,” says Gregerson.

“You can’t really say you need to buy an extended warranty after a certain time because there is no other cover, because a statutory warranty may not have a time limit. It is up to a court to decide once someone makes a claim for a faulty appliance.”

Gregerson says a statutory warranty could cover an appliance used for residential purposes potentially up to five years. He says the court found Fisher & Paykel did not make any relevant statutory warranties clear to consumers.

“The court said because of the presentation and bluntness of, ‘you won’t be covered anymore’, the overall impression was misleading and deceptive,” he says.

Fisher & Paykel said in a statement it takes such matters seriously and it regrets any inconvenience this may have caused its customers. It said it immediately ceased the offer after being contacted by the ACCC.

“Over the past six months we have written to all affected customers in Australia and offered a full refund where they wish to cancel the extended warranty,” said Fisher & Paykel.

Fisher & Paykel was contacted for further comment but SmartCompany did not receive a response prior to publication.