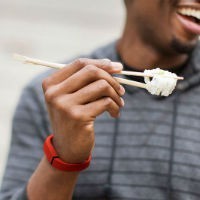 Health tracking company Fitbit has been accused of “systematically plundering” employees from a rival business in order to access trade secrets and intellectual property.

However, Fitbit denied the allegations to SmartCompany this morning, saying it will “vigorously” defend the claims.

Jawbone, which also manufactures wearable technology products, filed a lawsuit in the California State Court yesterday alleging there had been a “carefully orchestrated plan” by Fitbit to undercut its chief competitor.

The legal action comes as Fitbit, which was founded in 2007 by software engineers James Park and Eric Friedman, plans an initial public offering which is expected to take place later this year.

Since its launch Fitbit has sold millions of wristbands in 54 countries and swelled to 700 employees.

Jawbone’s lawsuit alleges Fitbit contacted around 30% of its workforce, with at least five employees choosing to jump ship and take with them an “intimate knowledge” of Jawbone’s future products and business strategy.

“But, as Fitbit well knows, the law prohibits companies from ‘decimating’ their competitors through the theft of confidential, proprietary information,” the lawsuit reads.

“The defendants must now be held accountable for their unlawful conduct and the substantial, and in many respects irreparable, harm inflicted on Jawbone.”

Jawbone alleges in the days, weeks and months leading up to the employee departures, several new additions to Fitbit’s team downloaded business plans and confidential presentations from their work computers.

The company says “forensic analysis” revealed the former employees downloaded these documents – which included information about Jawbone’s supply chain, gross margins and future products – onto USBs and forwarded them to their personal emails for future use.

Jawbone also says it has uncovered steps taken by its former employees to “cover their tracks” with activity-concealing software.

The company is seeking compensatory damages as well as legal fees.

But Fitbit has denied any wrongdoing, with a spokesperson for the company telling SmartCompany this morningthe business has no need to take information from Jawbone or any other company.

“Since Fitbit’s start in 2007, our employees have developed and delivered innovative product offerings to empower our customers to lead healthier, more active lives,” the spokesperson says.

“We are unaware of any confidential or proprietary information of Jawbone in our possession and we intend to vigorously defend against these allegations.”

SmartCompany contacted Jawbone but did not receive a response prior to publication.