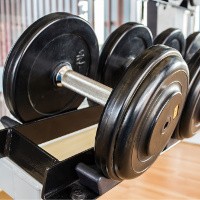 The fitness industry has been warned against using the phrase ‘no contracts’ in advertisements when consumers in fact have to sign up to certain terms and conditions in order to join the gym.

The Australian Competition and Consumer Commission has put the industry on notice due to concerns businesses are requiring people to sign up to conditions around termination and payment of their gym membership despite using the words “no contracts” in order to attract customers.

ACCC deputy chair Michael Schaper said in a statement the competition watchdog considers this sort of advertising to be misleading.

“Gyms should not use attention-grabbing phrases like ‘No Contracts’ if they are misleading or deceptive,” said Schaper.

“If a customer sees an offer of ‘No Contracts’, there should be no conditions on terminating the service or further payments required.”

Schaper said the ACCC encourages those in the fitness industry to double-check their advertising material.

Several gyms have already agreed to stop using the phrase, according to the consumer watchdog. The ACCC says it will continue to monitor the fitness industry for those engaging in “potentially misleading advertising” of its membership contracts.

Businesses can be penalised up to $1.1 million per contravention under Australian Consumer Law.

This is not the first time the gym industry has come under scrutiny from the competition watchdog.

In 2012, GFC Berwick, trading as Genesis Fitness Club, paid a $6600 infringement notice after it offered new contracts to customers claiming it would help them avoid price increases due to the carbon tax. The ACCC determined the gym did not have a basis for claiming the carbon tax would increase costs, and therefore should not have encouraged customers to sign up to contract extensions.

The fitness industry has faced increasing competition over the years due to a shift towards 24/7 franchise models and flexible payment options.