Fixing the fixers of petrol prices is no easy task 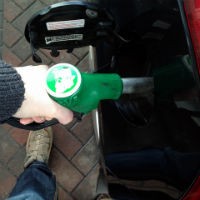 The Australian Competition and Consumer Commission’s latest foray into the difficult and politically charged arena of petrol pricing is just the latest in a long running saga that is unlikely to be resolved by the regulator’s Federal Court move last weekon industry pricing website, Informed Sources.

The ACCC is alleging the website, on which petrol retailers share their prices, has the effect of substantially lessening competition.

The saga is in part about petrol prices and the consumer hip pocket. But it is just as much, if not more, about whether it should be illegal for competitors generally to share information – information about future prices especially.

The ACCC’s concerns about collusion in the petrol sector are longstanding. It has brought several proceedings alleging price fixing against petrol retailers over the years and has generally failed to convince the courts of its case.

Following high profile losses against independent service stations in Ballarat and Geelong in 2007, the ACCC tried to convince the government to change the law to make it easier to prove a cartel. While the Commission’s concerns were legitimate, the changes it suggested were not well formulated, and it failed to persuade the politicians.

Some years later, inspired by politics surrounding competition in the banking sector, the law was amended to ban bank executives from disclosing price and other commercially sensitive information to each other. That law has been heavily criticised, not least because of its single sector focus, and the ACCC has been trying to get the government to extend it economy-wide. It is an issue that will occupy the minds of the Competition Policy Review review panel, headed by Ian Harper.

The nub of the problem is that those setting out to collude and fix prices need no longer meet in smoke-filled rooms or talk in code on pre-paid mobile phones, and competition authorities do not need to use covert listening devices or wire taps to catch them in the act. There are many and varied ways in which businesses can coordinate their behaviour, and reduce the uncertainty of competition, including through the exchange of information. And, as illustrated by subscription websites of the kind used by Informed Sources, technology is making this even easier.

In other parts of the world, such as the European Union, information sharing between competitors is known as a “concerted practice”. In certain circumstances such practices are against the law and attract severe penalties. Competition authorities do not need to prove that the information exchange is anti-competitive. It is generally assumed to be so.

But in Australia, unless you are a bank executive, communicating with a competitor without actually committing to raise prices is perfectly legal. The only exception is where the ACCC can prove that there was an information sharing arrangement and it had the purpose, effect or likely effect of substantially lessening competition. That is what the ACCC is setting out to do in the Informed Sources case and, in legal terms, it is a tall order.

When he was appointed, ACCC Chairman Rod Sims promised that he would bring difficult cases that would test the boundaries of the law. He is doing that with this case. The ACCC litigation launched earlier this year alleging unconscionable conduct by Coles in its treatment of 200 suppliers is another example. Any attempt by the ACCC to clarify the many grey areas of competition law and assist businesses in complying with their legal obligations should be welcomed. However, the petrol case should also prompt policymakers to revisit the general issue of how collusion is defined and whether Australia should follow the European lead in broadening the definition of a cartel.

The case should also prompt a rethink of the national Fuelwatch scheme that was proposed but abandoned in 2008. The national scheme was to be modelled on the scheme that operates in Western Australia. The WA policy requires petrol stations to report their prices to the state government 24 hours in advance of when they are set. The government then publishes these station-level prices online. In addition, stations are required to keep their prices at their reported levels for 24 hours until they report their next daily price to the government.

Preliminary results of ground breaking research at the University of Melbourne show that WA Fuelwatch is having a positive impact on competition and consumers are benefiting from lower prices at the fuel pump. The website information is enabling consumers to search actively for the lowest price on any given day and to stock up on low priced fuel when it is available.

What’s more, contrary to concerns that jettisoned the national scheme, the early research results show that WA’s petrol prices have not increased as a result of the scheme. They are in fact lower than prices in other states where Fuelwatch does not operate. This finding contradicts the concern voiced in relation to the national scheme that forcing petrol stations to keep prices constant for 24 hour periods would lead to consumers paying more.

The research highlights the importance of considering dynamics on both the demand and supply sides of a market in regulating its competitiveness. It also shows that enhanced information sharing through the use of technology need not have anti-competitive effects. Technology can also be harnessed to improve competitiveness, by using it to provide consumers as well as suppliers with more information.

In short, sometimes the more effective and less expensive way to activate competition is to empower consumers rather than to sue suppliers. This will come as no surprise to the ACCC.

The Fuelwatch research referred to in the piece is being funded by the University of Melbourne School of Government.