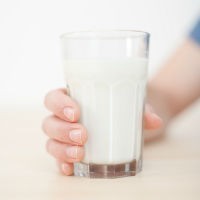 South Australian dairy producer Fleurieu Milk Company is celebrating the return of one of its biggest contracts, after the business won back the supplier deal it walked away from last year in the face of a halal hate campaign.

Fleurieu Milk Company was the target of an organised social media attack by a network of anti-Islam groups in November, forcing it to abandon its halal certification and in turn drop its deal with airline Emirates, which was worth around $50,000.

The business was the subject of abusive comments and boycott threats, leading the company to believe the Emirates deal – which required Fleurieu Milk Company to ensure no pork, blood or alcohol got anywhere near the production process – was “not worthwhile”.

But speaking to SmartCompany this morning, Fleurieu Milk Company sales and marketing manager Nick Hutchinson said the company quickly realised it had made the wrong decision.

“We sat down as a management and leadership team and went through pros and cons,” Hutchinson says.

“We talked to a lot of people we respected, other business owners and politicians, and decided we had made a rash decision.”

“We didn’t want to be perceived in a manner and be associated with these boycott halal and anti-Islam groups, so we made the decision to become halal [certified] again.”

Hutchinson says the deal was of major importance not only because Emirates purchase a significant amount of dairy product from Fleurieu Milk Company, but also because it opens the company up to international and tourism markets it may otherwise not have access to.

But Hutchinson says critics of halal-certification have continued to mount a campaign against the company’s decision.

“There has still been a lot of heat, without a doubt, but there has been support as well. We decided at the end of the day it was the right decision, we decided to make a stance,” he says.

Hutchinson also welcomes the recently announced Senate inquiry into halal certification, pushed for by South Australian Liberal Senator Cory Bernardi, so that the issue “can finally be put to bed”.

“It will give us the exact answers to refer to,” says Hutchinson.

So far two third-party submissions to the inquiry have been published on the inquiry website, one advocating for religious food certification to be free and the other, by Florence Corneloup, slamming halal as a “scam”.

“I would like very clear labeling so I can choose not to support a death cult,” said Corneloup in her submission.

But Hutchinson says halal certification is incredibly important for many Australian businesses and the economy.

“Halal certification helps contribute tens of millions back into country’s economy through export and the like. For us to continue to grow the economy, it is hugely important,” he says.