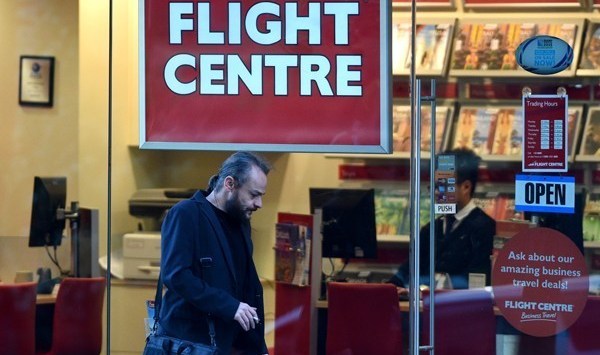 The judgment, handed down on Friday afternoon, brings to an end a three-year legal battle.

The original Federal Court judgement and accompanying penalty was handed down in December 2013, finding that the company had engaged in anti-competitive conduct with three airlines.

Flight Centre will now be reimbursed in full – with the multi-million dollar figure to be included in the company’s 2015-16 financial results.

The consumer watchdog has also been ordered to pay the company’s legal costs for both the initial case as well as the appeal heard by the full bench of the Federal Court.

“As we said when the ACCC initiated this test case, for more than 30 years Flight Centre has sought to deliver cheaper airfares to the travelling public,” Turner says.

“The company is not in the business of attempting to make airfares more expensive.”

Turner also defended the company’s behaviour, arguing it was only logical the business would ask for commissions and “reasonable access” to deals from suppliers.

“This is a logical and natural business request for an agent to make to ensure the customers it serves on behalf of airlines are not disadvantaged,” he says.

“Given that travel agents book up to 80% of international flights in Australia, it benefits consumers because it means special offers are not solely available from supplier websites.”

“The ACCC took this action because of its concern that Flight Centre’s conduct could harm competition and ultimately affect the prices available to consumers,” Sims says.

“If it had been successful in its conduct, Flight Centre’s actions were likely to have meant that consumers would not have seen the benefit of competition through lower ticket prices offered online by the airlines concerned. Pursuing anti-competitive agreements and practices to protect consumers remains one of the ACCC’s enduring enforcement priorities.”

Howard Rapke, partner at Holding Redlich, previously told SmartCompany businesses need to be mindful of behaviour that is or is perceived to be anti-competitive because the consumer watchdog takes these matters very seriously.

“The ACCC sees it as very serious and as an important part of their statutory role,” Rapke said.

“Clearly the ACCC as a regulator wants to be seen to be deterring what it sees as anti-competitive conduct. I think it’s crucial for officers and directors of a company to be very well informed about what the consequences are of a breach of the competition laws.”